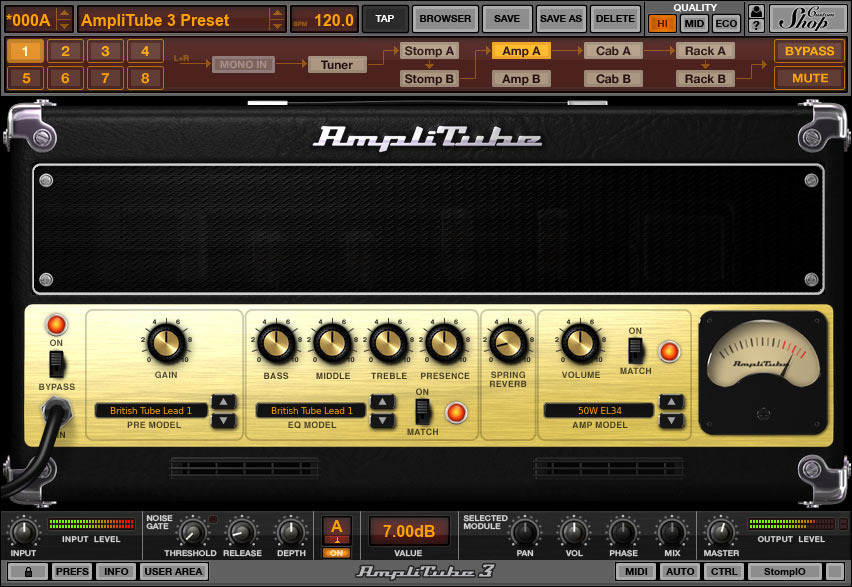 IK Multimedia has added new amps, cabinets and stompboxes models to the AmpliTube Custom Shop, all officially supported by their creators.

Boutique manufacturers Dr.Z Amplification, Fulltone and Z.Vex officially add their name to the seven new amps and stompboxes included in the AmpliTube v3.11 update. These new models are available as in-app purchases.

IK Multimedia added the Dr. MAZ 18 Jr and Z Wreck amplifiers and the MAZ 1x12" and Z Wreck 2x12" cabinets, which are available separately. The first is an all-tube studio amp while the second, also a tube amp, was designed in collaboration with Brad Paisley.

From Fulltone, IK Multimedia modeled the OCD overdrive, a pedal that adds the all-tube amps to your virtual pedalboard.

Last, Z.Vex officially supports the Seek Wah and Seek Trem stompboxes. They are wah wah and tremolo models respectively and feature a 4, 6 or 8 step sequencer. Each effect also includes 8 controls for adjusting the effect amount, the tempo, the number of slices, mix and more.

It is available as a free download from www.ikmultimedia.com.