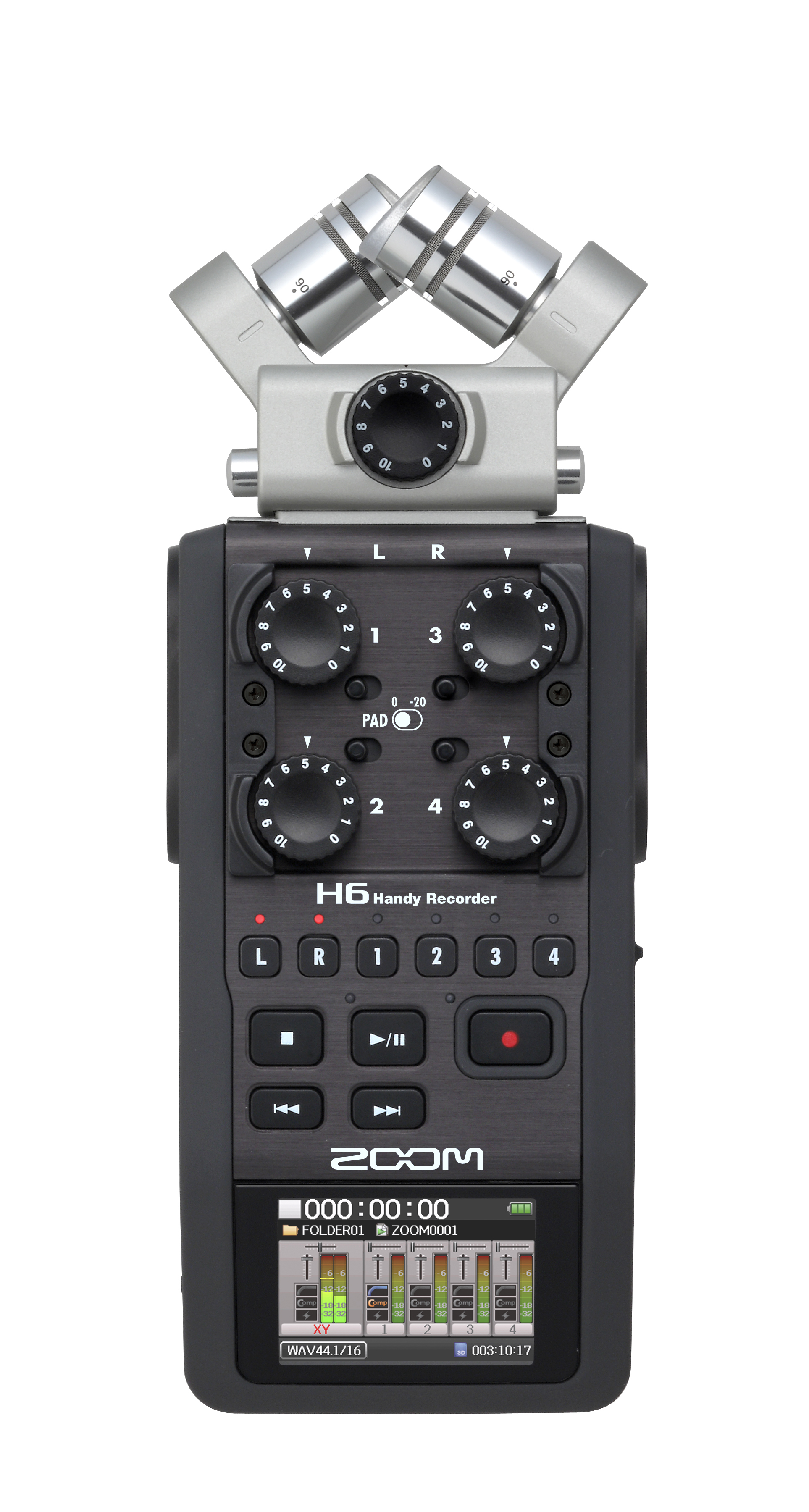 Pocket Recorder/Multitrack from Zoom belonging to the H series.

View other reviews for this product:
DebErney

Publié le 08/16/15 à 07:34
Value For Money : Excellent
Audience: Anyone
Having owned the Zoom H4n a few years ago, the H6 is like revisiting an old friend that had lost weight, got in shape and stopped cussing all the time.

The interface is really sleek, easy to get to, easy to adjust, and easy to see recording volumes. The volume knobs on the front are a very welcome improvement over the H4n. I liked the H4n but, always hated having to mess with the menus before recording. Never a good option at band practice as it took so long to go through the menu system and you could never be certain what kind of volumes you were recording.

I recorded with the H6 as a stand alone using the onboard MS microphone, as well as two DI outputs from my Fishman Artist amp, into the 1/4″ inputs of the H6. The MS mic for the Zoom H6 is very clean, full, and smooth on both vocals and guitar. I even experimented recording with an iPad, using the iPad as an instrument into one of the Zoom H6 tracks that sounded amazing. I use a little app called ThumbJam. Love the Cello on ThumbJam and I can’t believe how well it recorded. Used the headphone jack from the iPad into channel 2 of the H6, with a 1/4″ plugin. The H6 onboard M/S mic recordings of the guitar finger picking and vocals came out better than the plug in from the Fishman DI output. I was able to hear every note, clearly, ringing vibrantly with the onboard M/S Mic Capsule. The recorded tracks from the Fishman DI outputs weren't as clean but gave a nice mix to the finished Mp4.

Also used the zoom H6 interface with Logic Pro. It worked well as an interface but, got a bit muddy after several tracks. It was all usable though not the same sound quality of the direct MS mic.

Here are two recordings using the H6.
https://www.deberney.com/home-page/deb-erney-2/deb-cover-songs/
One version has the H6 recordings along with tracks using the H6 as an audio interface with Logic Pro X.
The second version is the clean version with just the H6 inputs, no effects, no processing.