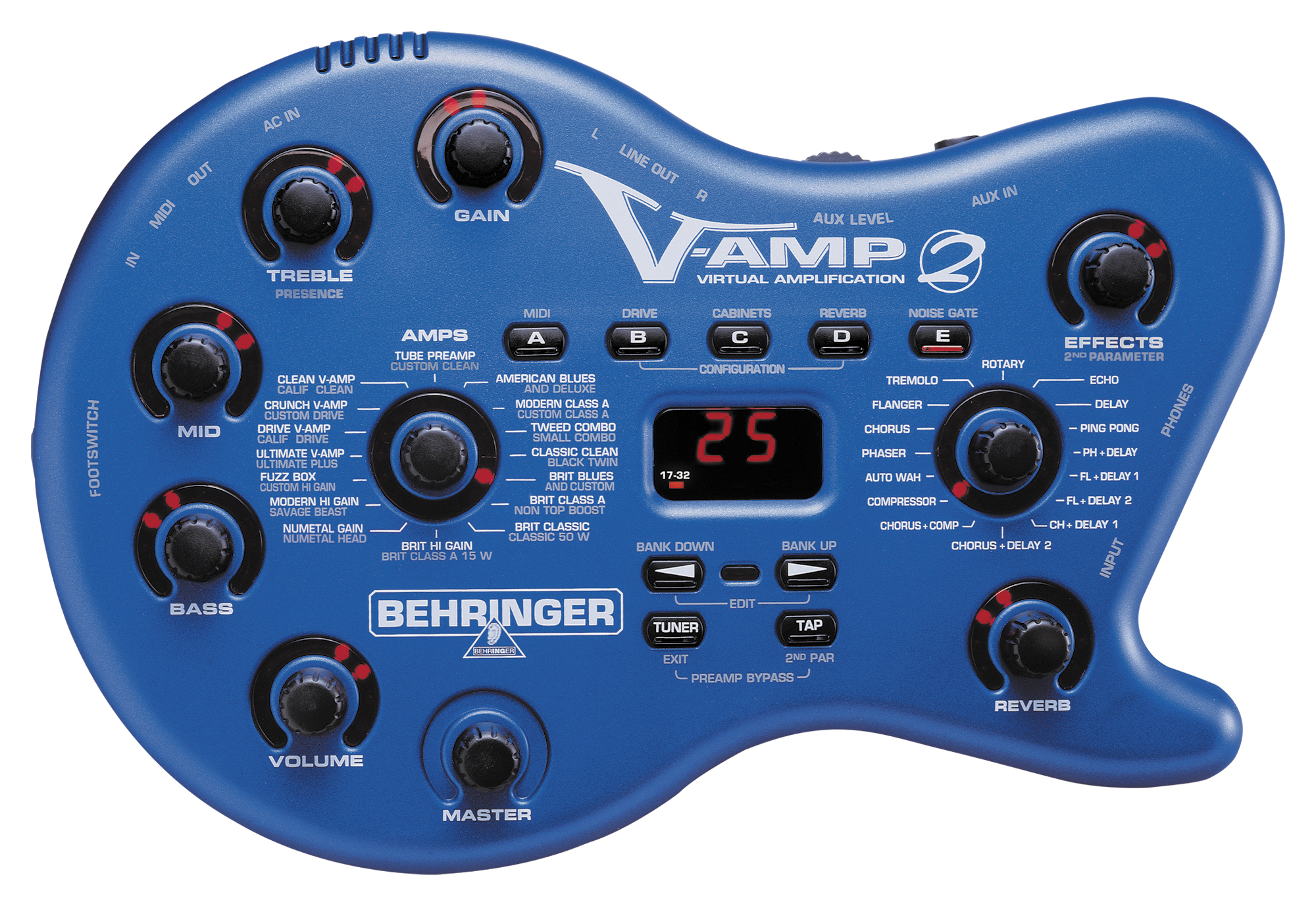 View other reviews for this product:
MGR/Happy with my V-AMP 2

Publié le 01/09/04 à 15:00
I bought it at Guitar Center for $130.00. I've been in the market for a high quality tube amp but the prices were way out of reach so I decided to look into amp modelers. I checked out the Line 6 POD and was impressed but then I found the Behringer V-amp on the web. I was really impressed with the features and the price, so I went to Guitar Center and tried one out. I was hooked!

The flexibility, the quality, the price, the included foot switch and carrying case which the POD doesn't include, but mostly the tone. It really does have all the sounds I need and then some.

No on/off switch which I've learned to live with.

Even though the unit has a plastic case, I feel it's well built and sturdy enough to gig with.

I've been familiar with Behringer products for some time and know that they make good quality products. The V-AMP 2 is just another testiment to their high standards. I would recommend it anyone. In fact, My bass player liked mine so much, he went out and bought the Bass V-AMP.