A review of the Blue Microphones Hummingbird 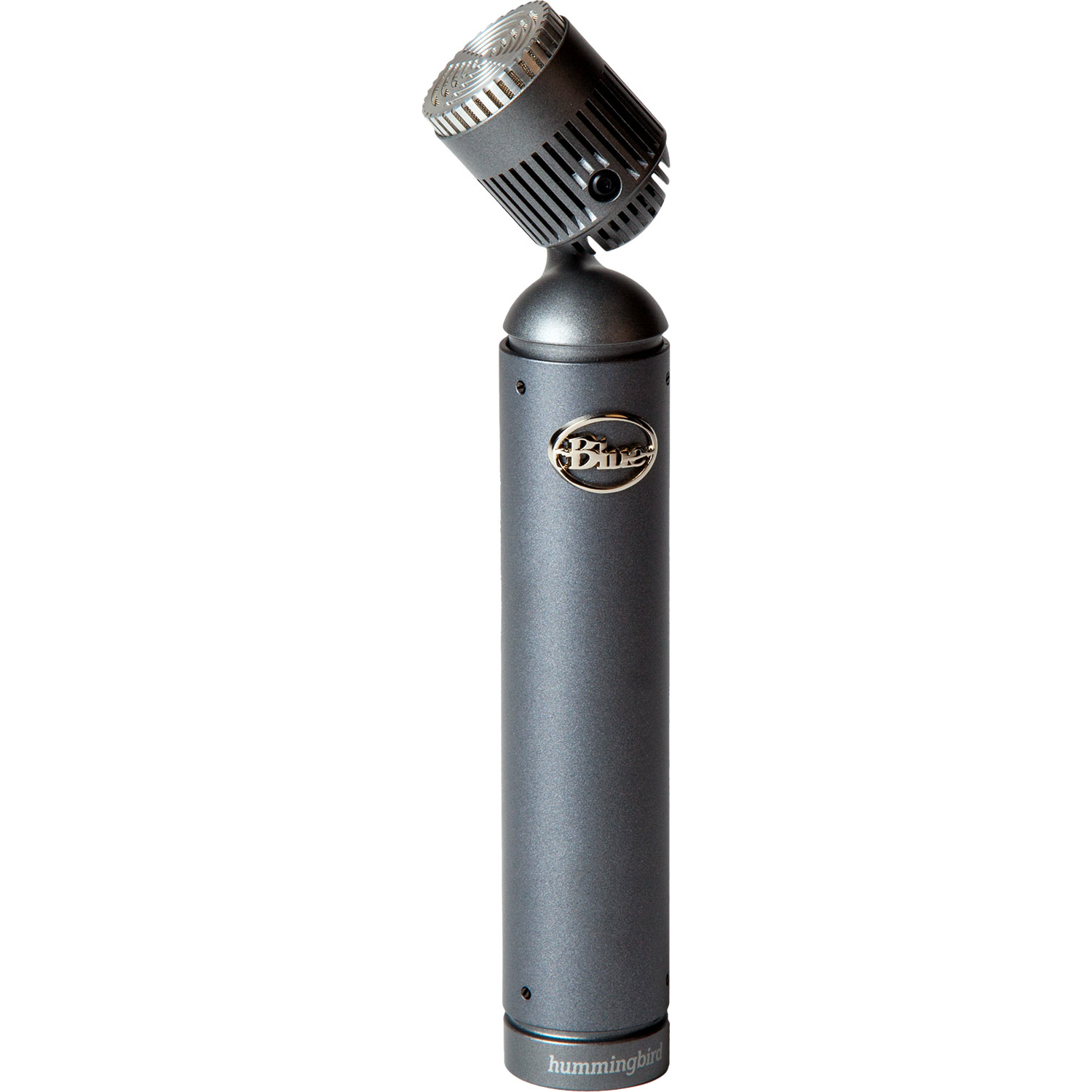 A mic with a swiveling capsule is not a new concept, but it isn’t something you typically find in a mic as affordable as the Blue Hummingbird. The swiveling feature is no gimmick — it makes a big difference in mic positioning, both in terms of physically being able to place the mic where you want it, and in the ability to find the best placement for a given source.

The dark-gray Hummingbird is a small-diaphragm condenser with a fixed cardioid pattern. The mic features discrete Class-A circuitry, and its capsule is based on Blue’s B1, which is used in the company’s Bottle Cap mic line.

The Hummingbird comes in a foam-lined case that’s made of a soft-but-firm material. Besides the mic itself, the case includes a foam windscreen for outdoor use, and a plastic clip.The mic is larger than many pencil condensers, both in length (6.7”) and diameter (1.1”).

The Hummingbird requires 48V phantom power to operate, and its max SPL rating is a respectable 130 dB SPL. Blue recommends the Hummingbird for sources requiring a fast transient response such as drums, percussion, pianos, strings, acoustic guitars (and other acoustic instruments) as well as for vocal groups.

Putting the spin on it 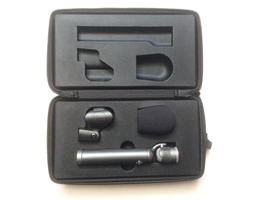 The head swivels 180 degrees on a fixed axis. So depending on how you orient the body of the mic, you can move the capsule side to side, up and down, or anything in between. If you’ve never used a mic with a movable head before (which I hadn’t), you'll find that it's quite convenient when it comes to mic placement. Point it at the source you’re recording, and then start moving the head around as the instrument is playing until you find a sweet spot. Because you’re not moving the whole mic, it makes it easy to compare different angles for the capsule as you search for the best positioning. It’s especially handy if you’re working by yourself, since you can try many different orientations for the mic without getting up from your chair.

I first tested the Hummingbird out on acoustic guitar, which for me is the source I record most with a small diaphragm condenser. I compared it with my go-to pencil condenser, the Oktava MK-012. All of the audio examples in this review were recorded through an FMR Audio RNP8380 mic pre, and the only processing I did on them was a little bit of high-pass filtering.

In this example, I recorded a rhythm part played on a Martin D-28. I recorded it first on the Hummingbird and then on the Oktava. I tried to aim the mics identically in both cases.

The first file is with the Hummingbird:

In this comparison, I found the Hummingbird to be a bit rounder, in a warm and pleasing way. The Oktava had more sparkle on top, however.

When experimenting with the Hummingbird’s placement, I found it very useful to be able to move the capsule around and listen to the sonic differences. My default miking position on an acoustic guitar is where the neck meets the body, but since I could swivel the Hummingbird’s capsule, it was easy to angle the mic ever so slightly to get a little more of the soundhole’s bassy character. Of course, you could do that with a non-swiveling mic, too, but not as conveniently.

I also tried out the Hummingbird on my Beard squareneck resonator guitar, and it did a fine job of capturing its warm and midrangey tone:

In addition, I used it to record an Eastman F-Style mandolin, which has a somewhat thin tone, so it’s important to find a miking position that doesn’t further thin it out. Again, I used the swiveling head to quickly find the best spot, which was with it pointed at one of the F-Holes from about 10 inches back.

It reproduced the tone pretty faithfully.
Next, I used two Hummingbirds out in a spaced pair stereo configuration to record some percussion. First I tried some congas.
00:0000:00

I was able to place the Hummingbirds perpendicular to the congas about two inches above the height of the heads and a couple inches back from them. I then swiveled each capsule, aiming it at the head. This illustrated for me that, thanks to the swiveling feature,  the body of the Hummingbird can be positioned differently than a standard mic and still be adjusted to the same angle in relation to the source. In situations where space is an issue, this could allow the mic to be placed in spots where a standard mic might not fit. For drum, percussion and piano miking, it could be a real boon.

Next, I recorded a tambourine. I only had a rather cheap one available, but the Hummingbird’s warmth actually helped it a little.

The Hummingbird ($299) is a reasonably-priced and conveniently designed small-diaphragm condenser that can hold its own sonically with other mics in its price range. It could find a home both in the studio and in live-performance situations. Without the movable capsule, I would probably have given the mic 3.5-stars — good but not amazing. However, when I factored in the convenience of its swiveling design, I bumped it up to a 4-star rating. It's an excellent choice and good value for anyone looking for an instrument mic.