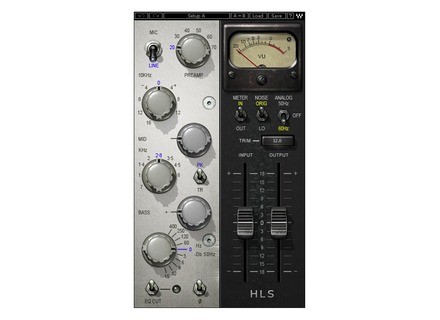 HLS Channel
Developed in association with producer/engineer Eddie Kramer, the HLS Channel was modeled on a Helios mixing console just like the one he used in historic sessions at London's Olympic Studios (In fact, Waves actually managed to get their hands on the Helios from the Rolling Stones mobile truck, which was used on a slew of classic recordings during the early '70s).

Pricing & Availability
They cost $300 each or can be purchased together for $450. The TDM versions cost twice as much. The plug-ins are available at no additional charge to users of Waves Mercury V7 covered by Waves Update Plan.