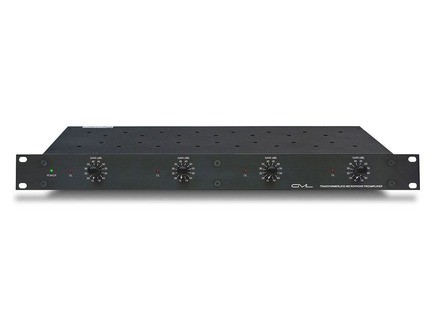 Value For Money : Excellent Audience: Anyone
View other reviews for this product:
I had a Pro Tools LE rig and a DIGI 001. All in the cost was under $1k USD. I could hear deficiencies. I was reviewing gear for Pro Audio Review. I suggested a review of the GML 8304 and got a green light. That was about 1996-1997. After rigorous testing and reviewing the 8304, I bought it. It's been running constantly in my studio since then. I have had to return it only once for service.

I use it for instrument and voice recording in my studio. I have tested other mic pres. I currently own an Millennia Media STT-1. It's fancier and much more expensive.

GML8304
Pros: As I said, Gain On A Wire
Cons: Expensive
Did you find this review helpful?yesno
Cookies help us improve performance, enhance user experience and deliver our services. By using our services, you agree to our use of cookies. Find out more.