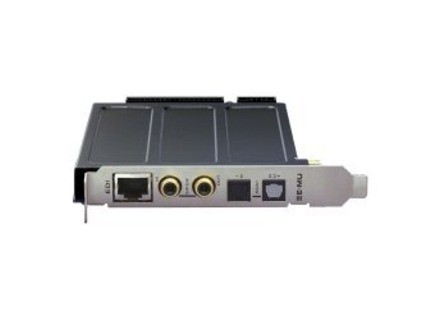 E-MU's 1010 PCIe card is in stock and for sale on the www.creative.com webstore.

The Digital Audio System 1010 PCIe card includes PatchMix v2.2 and drivers that are compatible with Windows Vista, Windows Vista x64, Windows XP and XP x64. The hardware is PCIe base specification 1.1 compliant and, according to E-Mu, it has been tested to ensure mutual compatibility and interoperability with a wide variety of motherboards.

Also included with the 1010 PCIe card is a new Vista-compatible version of E-MU's powerful Production Tools Software Bundle which is also included with all the new PCIe products, providing musicians with several PC audio and MIDI applications.

Buying E-MU accessories, sounds, and other products online: E-MU has transitioned all of its direct sales to the new www.creative.com webstore for sales of accessories items and ESC sounds. E-MU says some accessories items are still not yet available but will be added as they complete the transition.