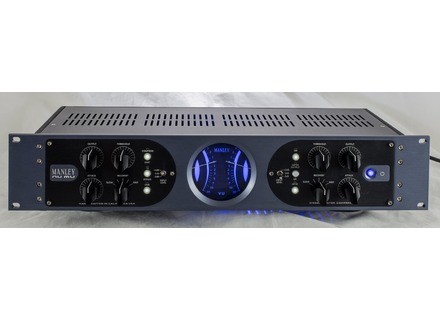 The Manley Nu Mu is a hybrid compressor design that combines the front end tube topology of the T-Bar Variable Mu with a solid state side chain and output stage to deliver Manley's big, full-bodied signature tube sound. The Nu Mu is announced as "packed with features that set it apart from everything else in its class", featuring Manley's IRON input transformers on balanced XLR connectors and including the same ultra-low impedance switched mode power supply used on the Manley CORE.

The Nu Mu incorporates an all-new feature called the HIP control, allowing it to apply compression at lower dynamic ranges, while leaving louder dynamics unaffected. The result is a higher overall level, without squashing the dynamics of the most exciting transients - a result which, according to Manley, was until then only available through parallel compression.
The Manley Nu Mu will be available mid-January 2016, at a MSRP of $2800.