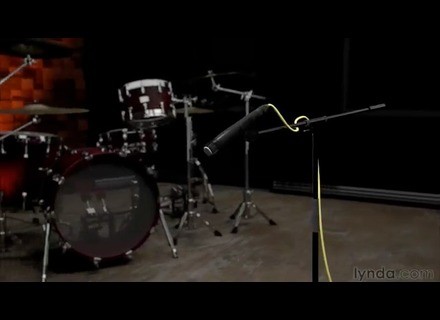 Video training site lynda.com has added a recording course to its audio curriculum, and is offering about an hour of free training.

The recording session follows one song from start to finish during a weeklong studio session featuring 12 musicians and singer Iyeoka recording a new version of her song “Simply Falling”. The original version of the song was produced by lynda.com Audio content manager David Franz, who helped create the course after tracking the song in his Los Angeles project studio.

Audio Recording Techniques combines live action with computer animation to visualize microphone polar patterns—meaning a microphone’s sensitivity to sounds coming from different directions, which is an important consideration in choosing and placing microphones.

Check out lynda.com for more details.