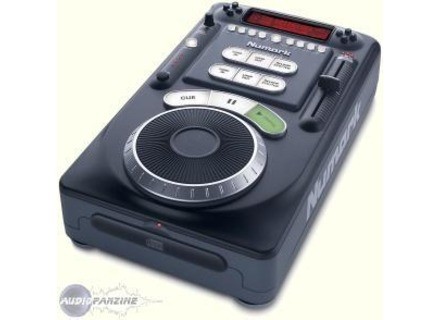 View other reviews for this product:
I've been using them for four years with a Numark DXM 06 mixer.
Easy-to-use and practical decks.

My opinion after four years of use:

- SOUND: not enough output gain (compared with other DJ decks)
- Easily audible noise
- CD load via tray (archaic and bulky)
- Manual too short (it doesn't mention tips to solve different problems)
- Lack of digital output (although it's not very useful)
- No CD-RW or MP3 CDs support
- Not compatible with CDs over 80 minutes!!!
- Bulky compared with Denon products or a Pioneer CDJ-400

Note: don't expect too much considering the current AXIS9 price...

Processor overheat on a deck Signs: display malfunction, faulty playing and smell
In short, the desk was unusable (very annoying when you have to start your performance two minutes later)!
It worked again two days later and it never happened again...

The jog wheel is no longer touch-sensitive on both decks, which means no scratch function nor effects anymore.

Conclusion:
Good value for money, easy handling (even for beginners).
I don't regret my choice at all.
I would choose a deck with a USB input now,
like the Pioneer CDJ 400.

Originally written by djmotion on Audiofanzine FR.
Did you find this review helpful?yesno
Cookies help us improve performance, enhance user experience and deliver our services. By using our services, you agree to our use of cookies. Find out more.