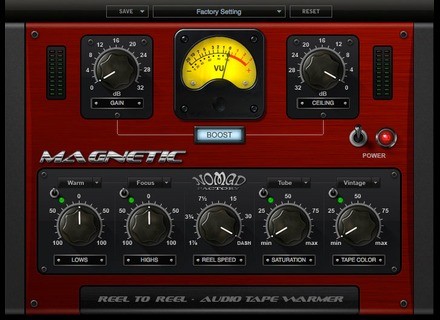 Nomad Factory has updated the Reel-to-Reel Audio Tape Warming plug-in, Magnetic, to version 1.3 and announced that it will be sold now for $129 instead of $199.