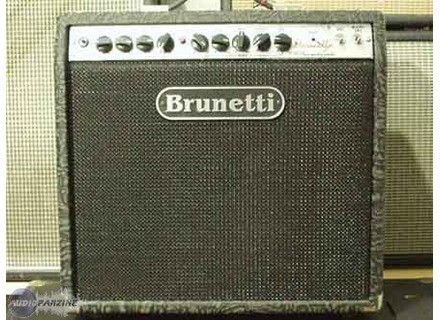 Value For Money : Excellent
View other reviews for this product:
See site notices or other Brunetti

I was 5 months (for two amps, see below)
The +: sound
the -: lack of power (20 W in class A is fine and trs IDAL to play in a room but a "push" it), I have mine in us qq month, pot. Volume Exceeds should rarely to half under penalty of rapid fatigue of the amp which then produces unwanted vibration - it becomes unusable (two amps in 5 months! - the first t me the gamment changed by the importer)

How do you report qualitprix?
good given the quality of its extreme sonoritbr />
Exprience with, you will do again this choice? ...
I have not changed against his great ERRF (Brunetti MC2: too late (what a sound ...), more sonic possibilities, much more powerful ... it's a "Rolls" of the combo )
In conclusion: trs end tudi amp for small spaces where it excels.
However, if you want CLAT go your way and see the great ts the plutt ERRF (Brunettti Mc2) is at least as late but a lot more PCHE (pr s issue of double budget, the black point ...).
See the source
Did you find this review helpful?yesno
Cookies help us improve performance, enhance user experience and deliver our services. By using our services, you agree to our use of cookies. Find out more.