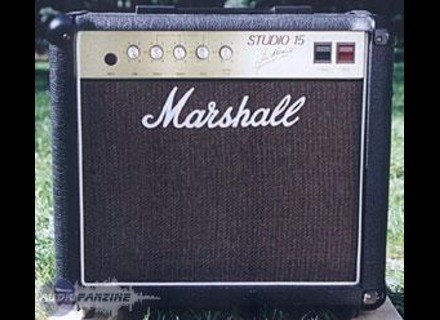 View other reviews for this product:
Two 12AX7 and two 6L6. Simple, good, sturdy. 15W, no effects, only a very effective EQ, one single channel. One Gain and one Master control, plus a power attenuator.

No need for a user's manual. It's easy to use and sounds fine right away. The 3-band EQ gives you infinite possibilities, I'm still discovering some of them after two years of use. Good point: The mids control that acts as a boost and the attenuator on the rear of the amp, which allows you to reduce the power to 2 watts.

You can pay anything with it (except thrash metal, but it's not meant for that anyway).
I play this amp with some Strats or Gibson Les Pauls. Whatever you do, it sounds fine.

Two years now and I still don't plan to get rid of it. I have played a lot of good amps, but this small amp blows away anything else with a comparable output power.
Only 500 copies were made (it must have been pretty expensive back then).
Unmatched value for money. I'm a fan.
Did you find this review helpful?yesno
Cookies help us improve performance, enhance user experience and deliver our services. By using our services, you agree to our use of cookies. Find out more.