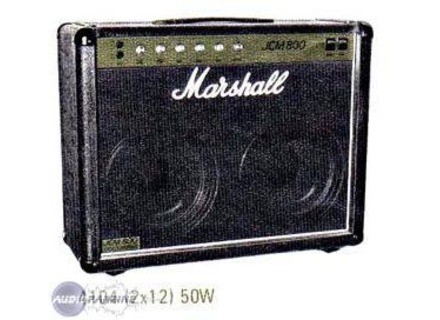 View other reviews for this product:
All-tube amp * 2 50w.Pas simple two front panel inputs low and hig her for a clear and deuxime for satur.Les knobs are also very simple
Pramp-volume to more or less saturated lights
-Master
-Low, midlle, hig
-And prsence for an attack more aggressively in the mediums

Playing alternative rock, I found the sound.
a Gibson Les Paul studio and make a couple jcm 800 Dtonn. One small snag though it is a must add a rverb (since it is totally dpourvue). For my part I made is one Danelectro cornedbeef (it sounds 60s c ' is trrible). By pushing the knob to lower the fever has a 8 to 4 mdiums prsence a 3-4 and a 7, you get the sound of 90s rock band french (sheriff, oth, pkrk, rats, and many others ...). With a sound tlcaster softphone, Y has even marshall, which provides configuration of rglage on marshallamp.com
It's crazy that all possibility
For its clean, with good sound rglage was kind amricain Gun's

OCASI bought seven months ago, 82 amp fly in a nine hp
The problem with this is the weight chard, Putin ca PSE! But, you need to know to do souffrire plaisire.J have had for a long time the fender, I saw anti marshall.Je DPOS in a store and I tried it (just like this) and well the next day I passed an ad to sell my Twin Reverb 70 who had also made good and loyal sercice.

Ahet 600 euros fly in and saw the monster qualitprix the report is incredible.
I will do it again without hsiter choice. I had never jou on the marshall, and found fault fender masterfully indtronable.Et
A five-heity
The twin-a
A twin-reverb

It should be expected on a clean sound, but that's another planet, you're you're m'impression THE KING ON THE WORLD try and understand you.
See the source
Did you find this review helpful?yesno
Cookies help us improve performance, enhance user experience and deliver our services. By using our services, you agree to our use of cookies. Find out more.