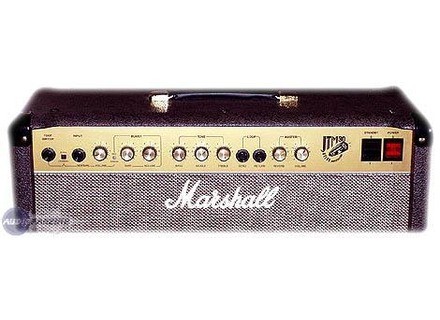 View other reviews for this product:
The 312 features a combo cabinet with one 12 inch speaker. This is the most standard version of this guitar amp. This amp has a bit more of a buzzy sound in the distortion compared to the 60 watt models.

This amp is the same amp as the 60 watt amp but just in a 30 watt version. You get the same great tone and features as you would with just a slight variant in the tone since the wattage is cut in half. You powers tubes will be softer and springier since their is less power.

Back in the day when Marshall made amps that sounded good and took the time needed to build high quality amps not just fast quantity amps they build this little combo. This amp is a big surprise to me because I generally don't like the combos that Marshall has come out with. The sound is very sterile and boxy to my eras. However this amp sounds just as good if not better than many boutique amps out there today.

Another interesting thing about this amp is the effects loop on the front of the amp much like some amps from Peavey. To me this it too much going to the front especially if you are micing it up.

These are not new amps so you'd have to find them on the used market. I have no idea what the going rate for one of these amps are used, but I highly recommend picking one up.
Did you find this review helpful?yesno
Cookies help us improve performance, enhance user experience and deliver our services. By using our services, you agree to our use of cookies. Find out more.