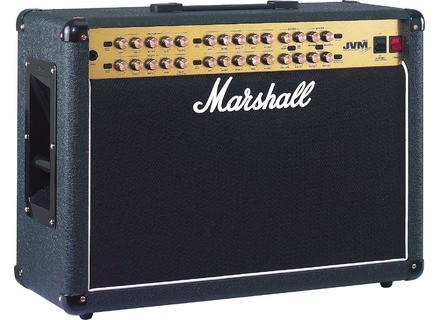 Buy this productView price information >
View other reviews for this product:
everything was already said to all lamps amp with 4 channels and three types of gain per channel green, orange and red in it to care under the foot
100 W lamps while it's heavy it rivals even combos seamlessly with the head and 4 * 12
settings are very simple and accessible, however it is not the amp that I recommend to a beginner

I've had it about a month and I finally found a powerful amp with big sound and lots of saturated channel
at value for money is adequate although I find that the price difference between the head + 4/12 is not huge with combos seen most of his combos hand side less bulky and I can say that Matters turned serious I would have expected to see at least 100 200 euros less but I bought it on
www.quedesamplis.com and I unhesitatingly resservirais home because prices are competitive with the other dealer was delivering it is quickly and the package is not baloté in all directions now try the amp in a store before the buy is better ^ ^ lol
See the source
Did you find this review helpful?yesno