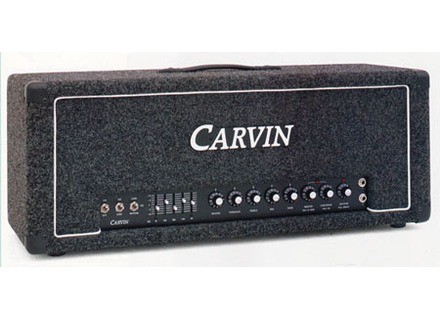 The original X-100B debuted in 1982, and was offered in several different designs through 1994. The all-new X100B Series IV will be available in several versions including the X100B head, the XB412 half-stack, the XB812 full-stack, and the X212B combo.

All models produce 100 watts of power, switchable to 25W or 50W, with master volume switchable to boost mode and a 4 button footswitch with LED indicators (Channel, Effects, Reverb, Boost). All versions will be badged with the same vintage Carvin logo used on the original models, and the first 100 models ordered will be personally signed and numbered by Carson Kiesel, president of Carvin.