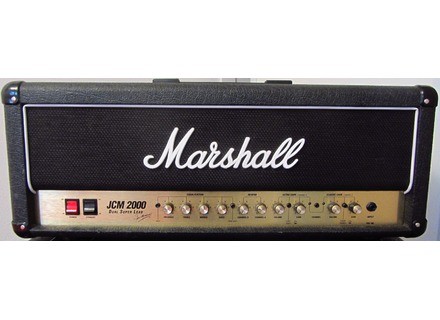 Very simple straight forward Marshall amp, its one of the best Marshall amps in years. and is very versatile, its a plug and play amp, just like a Marshall should be!

Crunch: This is where the amps shines in my opinion, Very articulate rock'n'roll Marshall grind. With a strat its pure bliss. I actually ENJOYED playing this amp with a strat on the neck pup, just makes you feel like you're playing with Hendrix, or are Froosh on stage, super super great dirtyish overdrive. With the Les Paul this channel is very much a Rock machine, think JCM800 with a little more gain, put a TS9 in front of it and you have your Hard Rock rhythm channel.

Ultra Gain: This is the weakest channel in my opinion. It has its uses, but is very muddy and shrill if you put the gain too high, it might be better with an EQ and Boost, for leads, but other than that i really just do not like it that much, if you want to play chugga chugga metal it also might be ok, but i prefer the crunch channel/button way more.

Overall, the good outweighs the bad, but it definitely has its problems, if you want a great crunch amp I'd say go for it, if you want super super high gain, don't.
Did you find this review helpful?yesno
Cookies help us improve performance, enhance user experience and deliver our services. By using our services, you agree to our use of cookies. Find out more.