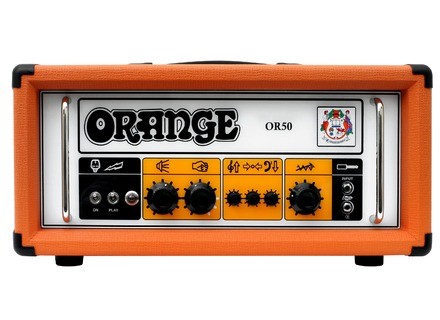 OR50H Reissue, Tube Guitar Amp Head from Orange in the OR series.

Orange Amplification has decided to reintroduce their 40th anniversary from 2008 with the issue of a limited amp: the OR50H.

In 1972 Orange launched an amp that was dubbed the ‘Pics Only’ due to the absence of any text, instead using pictures only on the face plate of the amp. The OR50H owes some to this vintage legend.

Featuring a traditional single channel with a three stage gain section, the real weapon in the OR50's arsenal is the HF Drive control, the company says. This is two controls in one. As you turn the control clockwise you will hear the power amp presence increase while adding power amp gain. The new OR15H offers an alternative specification for those looking for a 15 watt Class A guitar amp.

Orange Amps will be showing the new OR50 on their booth at Winter NAMM, Booth 4890 Hall C.