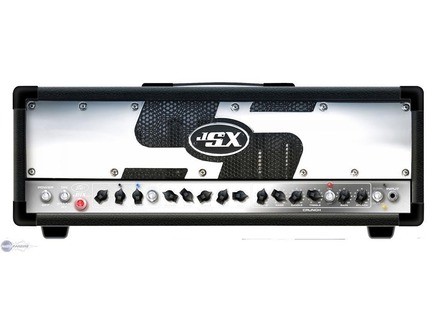 Peavey and Joe Satriani have collaborated to create the new Peavey JSX® 50 guitar amplifier head, the latest project in the Peavey JSX Series of signature amplifiers and enclosures.

The JSX 50 has a design that pairs five 12AX7 preamp tubes with two 6550 power amp tubes and two independent channels with three-band EQ. Both the Clean and Crunch channels feature master volume and preamp gain controls, so guitarists can adjust the interplay between the preamp and power amp on each channel for an array of gain possibilities. The Crunch channel also includes a boost switch and a six-way attack selector that adjusts the bass response.

On the rear panel, a built-in Peavey MSDI™ microphone-simulated XLR direct interface is designed to eliminate the need for miking by allowing users to route the amp’s signal directly to a recording device or mixing console. Additional controls include a line out with level control; active effects loop with send/return level control; impedance selector; and a tube bias adjustment jack.