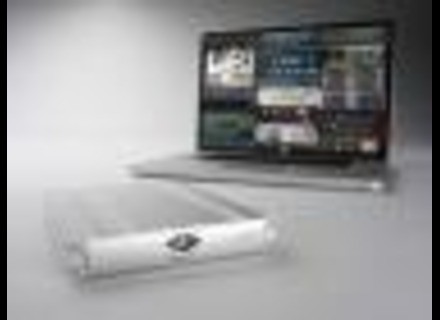 Series belonging to the UAD series from Universal Audio

Universal Audio released today the v7.1 update for the UAD Software, with new Pultec and Millennia emulations and a Flex Routing feature for Apollo.

The UAD Software 7.1 improved the Console application performance with the Apollo Duo, Quad and Apollo 16 audio interfaces, thanks to the new Flex Routing features that allows the user to assign up to 8 Console inputs and monitoring bus to the physical outputs, and assign the headphone mix bus of the Apollo to any physical output. You can also set the aux bus in pre or post-fader modes and vertically resize the Console window.

The Pultec Passive EQ suite features three emulations of classic Pultec EQ: the EQP-1A and MEQ-5 equalizers and the HLF-3C filter. The full circuits of the three units have been modeled, including the tube amps and the transformers. Resonant filters are also included. The MEQ-5 used the frequency overlapping technique for the mids. Last, the HLF-3C features 12dB cut filters and artists presets are included (Neal Cappellino, Jacknife Lee and John Paterno). The Suite is available for $299.

Universal Audio also included the Millennia NSEQ-2 parametric EQ modeled by Brainworx. You'll find the Twin Topology (300W triode and JFET) and the EQ transformerless Class A circuit. New features include the Mid/Side process, a Link Mode and an output Trim control. The plug-in is also available for $299.

You can update your UAD Software to v7.1 now from www.uaudio.com.