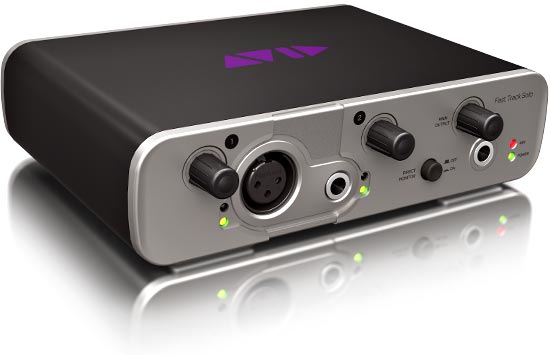 Called Fast Track Solo and Duo, both Avid USB audio interface were designed with the mobile musician who needs a reduced number of inputs and outputs in mind. The first features only one mic preamp while the second offers two preamps. Both interfaces are USB-powered and a dedicated iPad port allows for connecting an Apple tablet directly without a USB camera kit. They also both ship with Pro Tools Express.