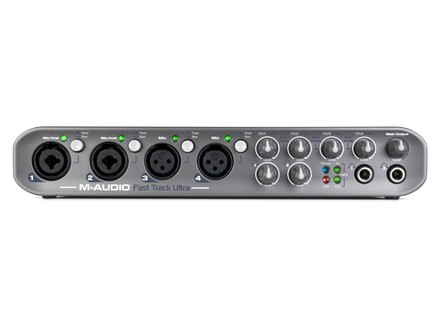 M-Audio recently presented their latest addition to the Fast Track family: the Ultra, a USB audio interface with 4 Octane preamps, integrated effects, and advanced routing. Is it a worthy successor to the Fast Track dynasty? Lets take a look…

M-Audio recently presented their latest addition to the Fast Track family: the Ultra, a USB audio interface with 4 Octane preamps, integrated effects, and advanced routing. Is it a worthy successor to the Fast Track dynasty? Lets take a look…

As far as design goes, it takes after its predecessor, the Fast Track Pro. Of course, to be able to get the 8 ins/outs, they had to make it bigger, but not too much. It can still be considered a "mobile" interface thanks to, for the most part, the fact that it’s USB powered. Esthetically, the pros and cons are the same as for the "Pro" version: it’s solid and stays in place thanks to its rubber pads. But this time, M-Audio has had the good idea of including a printed manual, which is after all more practical.

The knobs, on the other hand, are still too crowded… But we can overlook this inconvenience since the device has to be portable. Let’s take a look at its connection possibilities.

On the front there are 4 XLR microphone inputs. The first two are XLR/TRS combo jacks which let you plug in either a mic or an instrument (guitar /bass). The other two inputs are only XLR. There’s a switch on the right side of each input which lets you toggle between the mic/instrument input on the front or the line input on the back. One signal/peak LED indicator light for each input shows if there’s an incoming signal. You won’t be able to set your levels with only this one LED, but it’s still better than nothing.

On the right (of the front side), you’ll find the knobs that adjust input gain (with a PAD of -20 dB which is activated when the knob is pulled). Under that, there are the two headphone volume knobs and their respective outs, the main volume, and four LEDs indicating power, 48v phantom power and MIDI activity (in and out).

The power button is on the back of the device, which isn’t all that practical but no doubt was chosen because it decreased the cost of the device. Same thing for the phantom power switch. This definitely takes away from its otherwise well thought out ergonomy.

The rest of the connections are as follows: 6 analog ins/outs in jack format 6,35mm TRS, a MIDI in/out, the USB slot, an S/PDIF coaxial and two analog inserts.

Let’s connect it to a computer…

Once you’ve downloaded and installed the latest driver from M-Audio’s site, you’ll then see a red icon on Windows’ task bar. Clicking on this will open the control panel where all adjustments are made.

Each output pair (1/2, 3/4, 5/6 et 7/8) has its own tab which shows the hardware input levels and software returns (from a sequencer for example). There’s also a virtual mixer that has the following adjustments for each channel: mute, solo, pan and a linear volume fader. It’s possible to link each stereo input pair (1 & 2, 3 & 4...). In addition, there’s a knob that adjusts the internal effect send level for each channel. So it’s possible to make 4 different sub-mixes and send them off to the 4 different stereo outputs. Note that both headphone outs correspond to outs 1/2 and 3/4. It’s therefore quite easy to add a little reverb or delay to a singer’s voice so he/she will feel more at ease. If they want more playback in their headphones it can be done in just one click of the mouse. Still, it would have been nice to be able to avoid using the mouse altogether, but M-Audio didn’t deem it necessary to put a physical Mix knob on this device as was the case with the Fast Track Pro. It’s a shame because this knob was quite handy for balancing input and playback signals. Now you have to use the mouse and go through the control panel each time you want to decrease or increase headphone levels.

In the Settings tab there’s the Sample Rate adjustment (from 44,1 kHz to 96 kHz), internal/external clock selection, and buffer size (from 64 to 4096 samples). The ASIO Direct Monitoring mode lets your sequencer control certain signal path parameters or options, and the High performance mode reduces latency without taxing your CPU. Finally there’s the Effects section where you can choose one of the following effects: Room 1, Room 2, Room 3, Hall 1, Hall 2, Plate, Delay and Echo. Three virtual knobs at the bottom let you adjust the duration, feedback, and volume of the effect. You can save all adjustments made and load them again later on.

The Meter tab shows the signals entering and exiting the interface, and the last tab Flow, is a graphic interface that shows the Fast Track Ultra’s interior routing, which is quite handy for understanding how the routing functions.

Let’s take a look at how it works…

First, the Fast Track Ultra was tested without external power. There were a few problems in the beginning to get the driver to recognize the device, but after disconnecting and reconnecting the USB cable and restarting the device, it was recognized…thankfully! It’s no doubt Windows’ fault due to its faulty USB management: there wasn’t the slightest problem with Mac OSX. Remember that if there’s a problem when you connect the device, it’s important to try and change the USB slot. This fixes the problem in most cases. Once the device is powered by USB, keep in mind that you won’t be able to use all four preamps, but only the first two. This isn’t necessarily a problem for a solitary mobile musician, but it does mean that the Fast Track Ultra becomes less interesting when compared to its predecessor, the Fast Track Pro. So, in order to be able to use the interface to the fullest of its capabilities, you need to use external power. Plus, even if you only use two inputs, its a good idea to use the external power because USB power can sometimes be unstable depending on your computer setup.

For this test, the following setup was used: an Audio-Technica AT4040 large membrane condenser mic and a Takamine EG-10 acoustic guitar. Compared to the Fast Track Pro, who’s preamps had some problems with condenser mics (sometimes output levels were quite low), the Fast Track Ultra’s preamps are much more efficient and have quite a bit more headroom while generating less hiss.

The Octane preamps give this interface an edge that puts it amongst more serious interfaces. Frequency response is good, noise level is very low and dynamic range is excellent. Harmonic distortion is minimal while stereo crosstalk (signal leaking across from one channel to another) is excellent. This is a nice surprise coming from an interface in this price range. On playback, the guitar tone and the mics characteristics were faithfully recorded. The high impedance instrument input is also very good. Here are three audio examples recorded with this setup: finger picking, palm muting and strumming.

As far as integrated effects are concerned, they’re plain and simple, but because they’re designed only for monitoring purposes, they suffice. They’re meant to be used for giving a musician or a singer a little reverb or delay in their sub-mix in order to make them feel a little more comfortable. It is however a little disappointing that M-Audio didn’t integrate real quality effects that could be used in a final mix, like TC Electronics did with their Konnect interfaces. The Ultra’s effects should then be considered as a small welcomed addition instead of being the main feature of the interface. 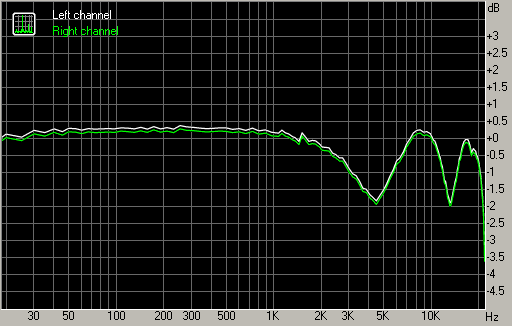 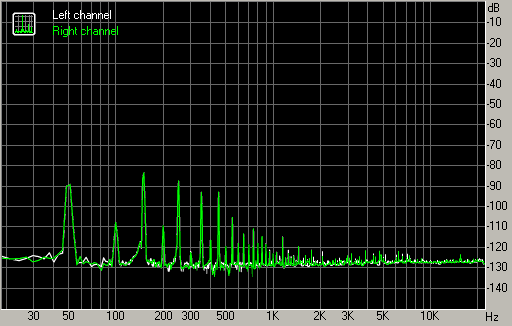 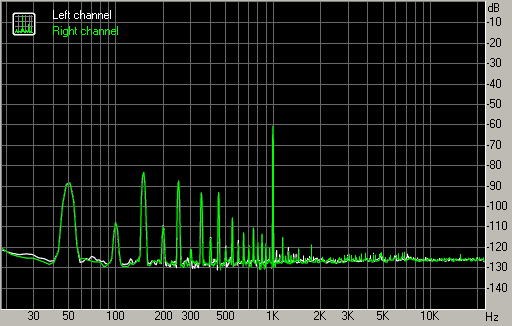 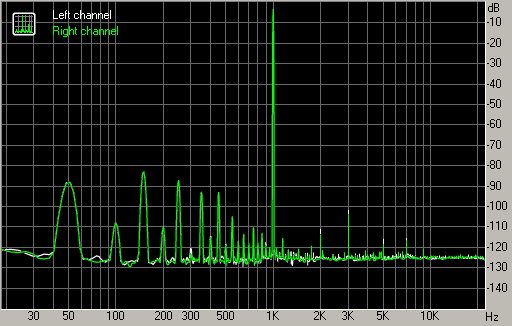 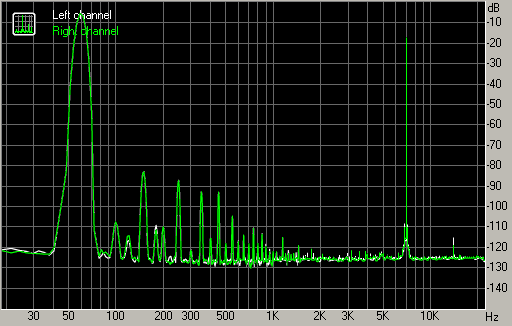 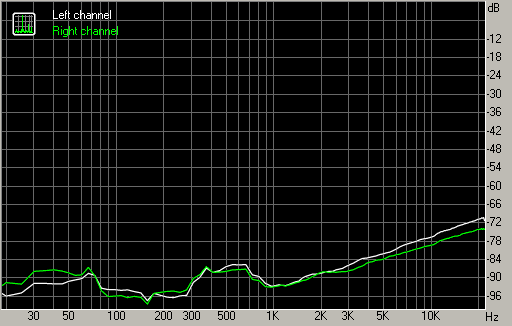 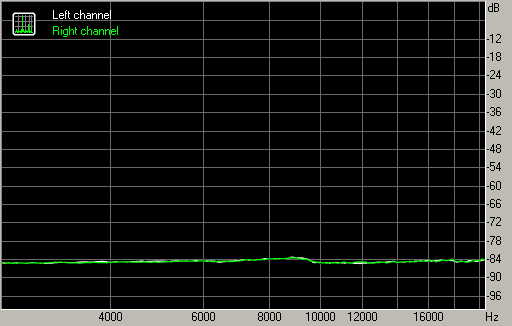 M-Audio has made a significant move by releasing the relatively versatile Fast Track Ultra into the USB interface realm. It's got four preamps featuring M-Audio’s Octane technology, two headphone outs, a complete routing system with monitoring effects, inserts and stability. All that for around a 350$ street price… The competition must be worried!

The only real faults are the absence of a "Mix" knob (which forces the user to go to the control panel window for the slightest adjustment), and the power and 48v phantom controls being on the back of the device. Luckily, these issues aren’t too much of a hassle and the device remains relatively easy to use.

For these reasons the Fast Track Ultra is simply the interface with the best value for the money in this category.