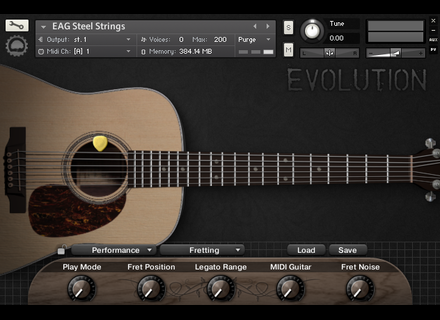 This new version of Evolution Acoustic Guitar - Steel Strings includes the new guitar engine recently launched on Evolution Electric Guitar - Stratosphere, which includes a more powerful strumming pattern editor, which gives you the ability to choose which strings will be strummed, control the strum direction and speed. You can also use multiple articulations within a single strumming pattern and include special effects such as slaps.

The update also gives you the ability to browse all the factory presets directly from the Kontakt user interface.

Evolution Acoustic Guitar - Steel Strings is currently on sale for the special price of $134.25 instead of $179 until April 13th. Owners of the previous version can download the update for free. More info at www.orangetreesamples.com.