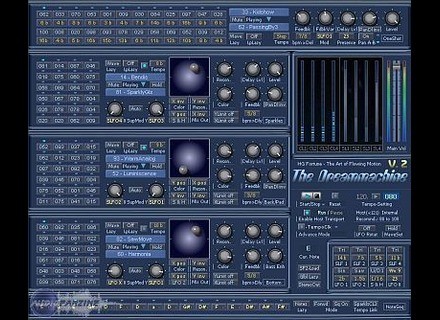 H. G. Fortune has announced the release of version 2.0 of The Dreammachine, which features several major enhancements.

The DreammachineMost noticeable are the new XY-SuperModulation controls at the three synth parts and the 16-step note sequencer at the bottom. Due to the XY controls the whole control system has been reworked and now provides a far deeper and more efficient control for shaping the sound. In addition to that the SF2 files had to be reworked too, now featuring different wave sets than with previous version. With the new 16-step note sequencer another feature has been added as you can now advance manually using a MIDI keyboard. Also there is a new LFO X with 9 complex waveforms, plus more enhancements...