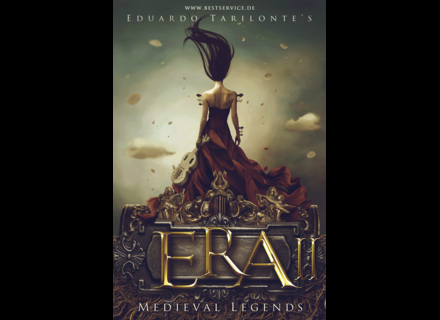 Era II Medieval Legend had been introduced last January at NAMM. This update adds 25 new instruments, including flutes, horns, brass, plucked and bowed strings, percussions as well as new singers. This new content was recorded in different Spanish studios, including the Infinity in Madrid and the Eldenas Studios in Dueñas, with high end gear such as a Neumann U87 mic that captured all the instruments in a proximity setup, as well as Neve and Avalon preamps. The sounds were then processed and Eduardo Tarilonte created a selection of sounds and soundscapes.

The 25GB collection is designed for the Best Service Engine 2.2 sample player available for Mac OS X and Windows. Era II can be purchased now for 259 € at www.bestservice.de, upgrade from Era costs 99 €.