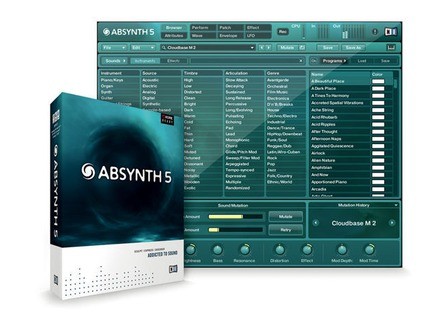 View other reviews for this product:
This VST installed as easily as any other, there were no compatability issues with FL Studio at the time and it still runs perfectly to this day. The GUI is the standard Native Instruments library method where you select instruments based on features and characteristics. Most of the presets on offer are pretty awful sounding atmospheres and pads that serve no purpose at all in any song. Sound modellers would have some joy from this though.

This VST works decently in FL and doesnt cause any lag whatsoever unless it is a big project that you are working on.. I have used it on and off for a few months and found that it lags and stutters on my low end PC. On my high end pc, in conjunction with other VST's it works and doesn't really strain the CPU at all like others do.

The sounds on this VST are very strange as initially most are spaxy and unneccessary pads and atmospheres that will not really work in any type of music. The actual sounds themselves are nowhere near as good as other VST's that I have used but it is nice enough to get away with. I wouldn't say that it is value for price as I am a so called "preset producer" who only really likes to work with preset sounds. I personally wouldn't buy this VST for myself if I had previously used it, but I would still reccomend it to anybody who likes to play with their sounds and develop their own sounds. I have not delved into editing the sounds much at all. However, there is a problem as the sound sources don't really blend together as one and require extensive filtering and EQ'ing to get anything half decent.
Did you find this review helpful?yesno