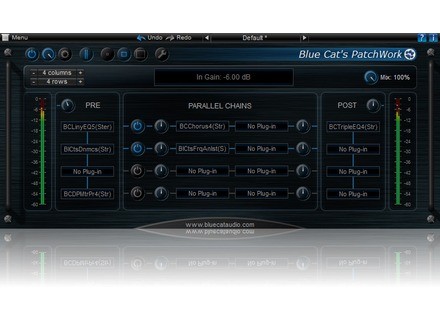 Blue Cat Audio released version 1.5 of PatchWork and v2.4 of the MB-7 Mixer so that you can use even more plug-ins.

PatchWork v1.5 and MB-7 Mixer v2.4 can now load more VST and AU plug-ins. Blue Cat Audio fixed the compatibility issues with some third-party plug-in developers. Also, missing VSTs can now be relocated if not previously found or moved and PatchWork/MB-7 can save their status for later restoration.

PatchWork v1.5 can now load AU plug-ins to the MIDI FX in Logic Pro X and the MIDI FX AU can be loaded to the plug-in.