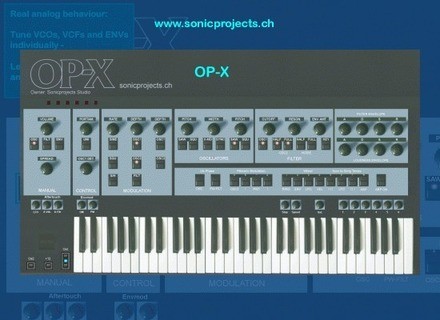 I install on a P4 3.6GHz with 2GB of memory, running a good,
and even compared to other VST's I is not greedy trs
in CPU.

I started using it yesterday, I can not claim to have seen it all
this plug-in, but has dja sounds good. It's Oberheim OBX mule.
I never had the OBX original, but I think of sounds mythical
Jump Van Halen as he dbrouille plutt well.
In addition the price is not trs lev ($ 99US), I find that is has the
and I would do this choice.
The only thing that was a bit of it he did not vote, but 8 6.
APRS but the designer, can be cel will evolve in the future.
There are dmo version, and there are also DMOS to mp3.
This plug-in module is also reaktor.
See the source
Did you find this review helpful?yesno
Cookies help us improve performance, enhance user experience and deliver our services. By using our services, you agree to our use of cookies. Find out more.