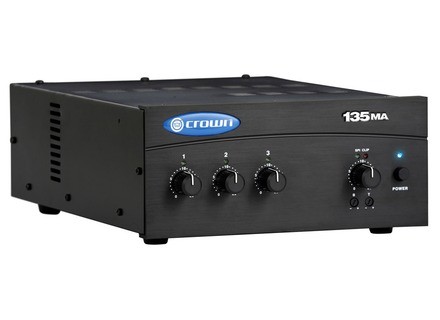 Crown has launched its 135MA and 160MA mixer-amplifiers.

Capable of providing both 8-ohm and constant-voltage outputs (70V and 100V), the 135MA and 160MA are configurable for a variety of uses. Each housed in a half-rack-space chassis, the 135MA is equipped with three inputs and a 35W amplifier output, while the 160MA provides four inputs and a 60W amplifier output. Both models provide priority muting, which can be voice-activated or triggered via an external switch, and are compatible with microphones requiring phantom power.