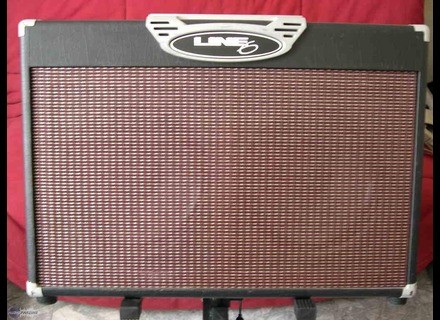 View other reviews for this product:
I bought this unit complete with the FBX (at the time) floor board. I paid $1700 cash at a local music dealer. I wanted versatility sense my band plays a wide variety of styles, plus I wanted to NOT have to deal with various pedals and wires anymore but maintain the killer sounds I had. You can move pedals around in the mix and link them up different was such as series, parallel, and chain....simply amazing tone control.

This is by far the most useful peice of equipment in my band. Its VERY easy to use and program. I can DOWNLOAD new amp models off the internet. I like that I have total control over every aspect of my sound and every peice of equipment is awesome. I had problems at one point and customer service was AWESOME. You can't even imagine all the wonderful sounds you can get out of this amp and it is LOUD if you need to be.

I originally got one of the very first versions of this amps software. There was a bug in the program. It basically caused the amp to freeze up. There is no fan in this amp so I thought maybe I was causing it to overheat or something. I downloaded the newer software but it temporarily helped. I ended up getting a whole new amp. This all took like 2 days. Which I thought was fine and fast.

This amp is built to last and has served me fine for over a year. I cannot believe after all this time how much I love this amp.

IF you need multiple sounds or just a kick butt sound that you have every kind of flexibilty to create this is the amp for you. Cost only appears high but if you went out and bought everything in this amp individually you'd spend almost $50,000. No its not a tube amp and no its not the same thing as a tube amp....its IS the closest thing on the planet.