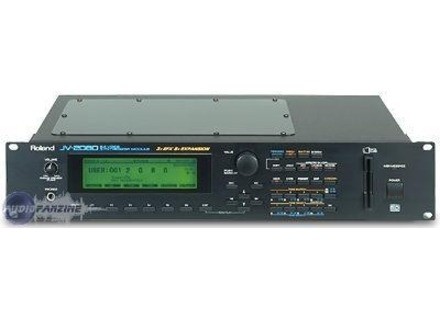 View other reviews for this product:
Synth samples based 2U rack.
64 voice polyphony,
of 16 parts multitimbral.
Three effects among 40 algorithms, a chorus, a reverb.
3 pairs of output jacks, including one in symtrique.
Originally there are 400 waveforms and 600 presets.
Up to 2000 waveforms 2500 and presets with 8 cards extentions.
I will only speak of the machine in state of origin, without extension.

When I bought the machine, I was not sure what to expect. I wanted a synth gnraliste on which I can edit sounds.
I just galr the first few months time to the organization of mmoriser DIFFERENT parameter. The machine is level with respect to pro paramtrage the end: MIDI Filter gnral and party, party agreement, and the unit is ergonomically trs.
So much so that I do is that the performance mode (multitimbral) mode and never patch.
Only the edition of the effects is difficult but inflexible (unable to string effects on a given part, no modulation effect paramtre by envelope or LFO).
Note also, when a parameter changes rapidly over a large range, it may be dcrochages or pltot gel envelopes and sound effects indsirables impossible to program normally.

The sounds are, they are sound, trs Varis, sometimes raliste sometimes less.
But the machine is a real synth. It is often more interesting to paufiner rglage the tone of one or two parts that stack up to eat all the available polyphony.
The sound possibilities are vast, this synth I keep in my setup n1.
The sound is dynamic trs, trs end. I AIM to programmatically access certain effects and other artifacts produced by the user interface.
The effects are quite good, breathless, even if it sometimes lacks breadth and paramtres ditables. The saturations are very poor, and have no progressiv between low rate and rate lev. Again it's a shame they can not string two or three effects.

I use this synth for 4 years now.
As well as a sound bank like any synth that gives me satisfaction.
I am considering adding a micromodular among other things that I will grind out one of the jv (supplmentaire filter, saturation, gating rhythm ...) in MIDI sync in a kind of "sursynthse".
The report qualitprix silent dj excellent, it still is today.
With exprience can be today I will turn to a kurzweil K2K is most empowering, but may be not as ergonomic.
See the source
Did you find this review helpful?yesno
Cookies help us improve performance, enhance user experience and deliver our services. By using our services, you agree to our use of cookies. Find out more.