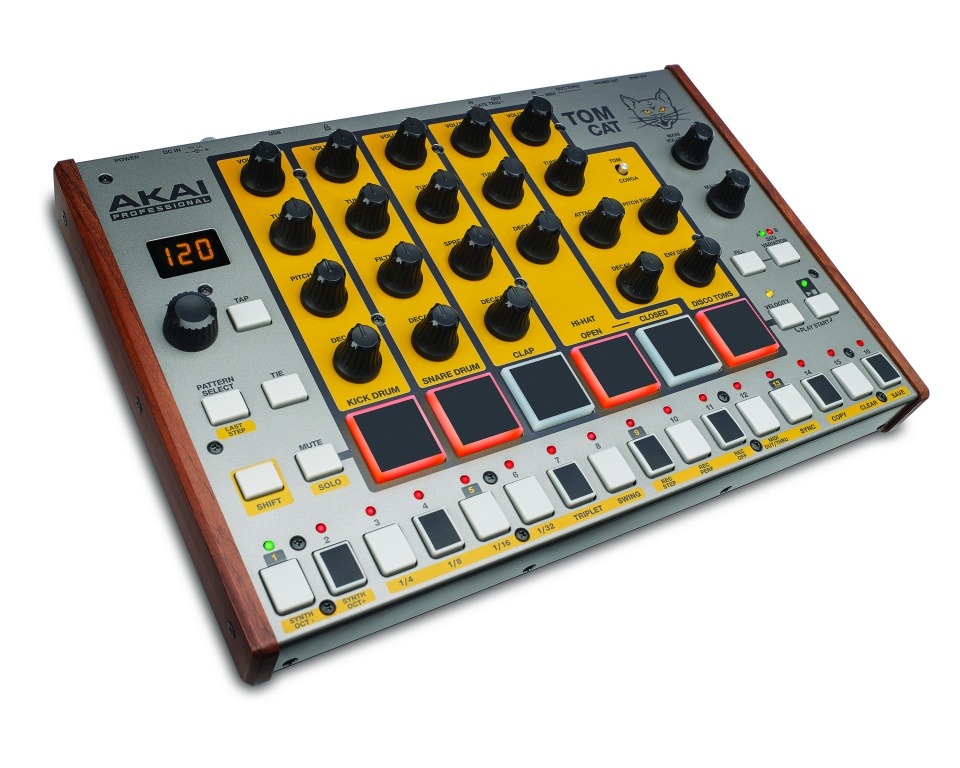 Timbre Wolf is a polyphonic analog synthesizer which four voices can be configured in mono, unison or poly. It is equipped with an Akai Pro 25-note keyboard, 32-step sequencer per voice, octave controls and a LED display. Akai says that you can modify each voice independently while you play.

The Timbre Wolf will be available in July for $499.

Tom Cat also has 6 MPC-style pads, a 32-step sequencer and a “Maul” circuit gives you the ability to dirty the sounds.