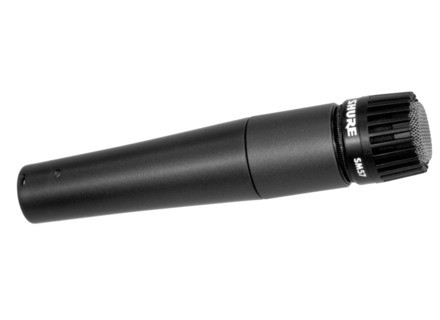 Here is a selection of 8 dynamic mics for recording drums, guitars, voice and any other instrument.

Introduced in 1953, the D12 was nothing less than the first dynamic cardioid mic in history. At first used mainly for voice, the D12 was also often used for kick drum due to its excellent low frequency response and high level sound pressure input capabilities. It’s no surprise that its descendent, the D112, is today, one of the most referenced mics on the market when talking about kick drum or bass amplifiers, especially since its price tag is within reach of even the most modest user.

When put to the question, "what mic would you bring with you on a desert island?" most sound engineers would answer with a SM57, the most popular mic in the world , right after the… SM58. On stage or in the studio, this dynamic cardioid first introduced in 1965, is wear and feedback resistant and very polyvalent.  It is one of the first choices for recording snare drum or guitar amp, two applications where its medium frequency curve is particularly appreciated. Plus the fact that it only costs about $130…

The best selling microphone in the world, for about $130, the SM58 vocal mic is known for its sturdy build, feedback and handling noise resistance. Omnipresent in live situations, it is also often used in the studio (SM is an acronym for Studio Mic): it is actually the mic that Mick Jagger used on the Rolling Stones' Voodoo Lounge album, as well as vocals for Kurt Cobain on Nirvana's Bleach album. 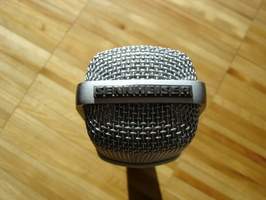 Very often used for guitar amps or toms, the MD 421 is a cardioïd endowed with a very efficient filter switch with a ‘Music’ and ‘Voice’ position. No surprise that it is sometimes found in the hands of singers or TV hosts from the 70s. Sold for around $520, the MD 421 has the same weak point as the MD 441 ; a relatively fragile mic clip…

Designed like a MD 421 for high mediums more than the low end, the MD 441 is a super-cardioid found in the studio and on stage, either for voice (Frank Zappa, The Carpenters) or for snare drums. With a price of a little over $1000, it is one of the more expensive among the dynamic mics and it still has the famous "bad mic clip". It still remains one of the most polyvalent dynamic mics available with great results in the high end making it a reference for brass or guitar amps alike, and capable of capturing the finer details thanks to its 5 position attenuator switch plus a brilliance switch which boosts highs.

Large diaphragm, dynamic mic sold for under $650, the RE-20 was initially designed to reduce typical dynamic mic proximity effects while providing a relatively flat frequency response. Very useful in the broadcast world, it’s an excellent choice for a number of applications, bass tom, kick, guitar amp or even vocals, some singers like Stevie Wonder or Thom Yorke prefer it, even in the studio, over condenser mics.

Released in 1976, the SM7 (updated to the SM7A in 1999 and then to the SM7B in 2001) is most assuredly the best performing dynamic microphone Shure has ever produced. Mainly known for its broadcast qualities where its low end does miracles for a "booming" voice, this cardioid still has a numerous studio fans: Bruce Swedien used it for Michael Jacksons' vocals on Billy Jean, whereas Rick Ruben put it in front of Anthony Kiedis to record Blood Sugar Sex Magic with the Red Hot Chili Peppers......very much used for male vocals, this mic can be used in more ways than you would imagine, especially if you couple it with a preamp to make up for its low level output. 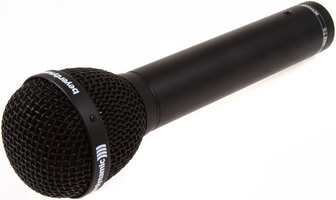 Little brother to the M88 no longer in production, the M88-TG is a hyper-cardioid surprisingly unknown in Europe but very much used in the U.S. Robust and very polyvalent, it’s the “do everything” mic for those who can’t stand the sound personality of the SM57.  At ease on a kick drum, a tom as well as a guitar or bass amp with its great low end response,  the M88 is also used for vocals. In short, an excellent “go to” mic for under $400.