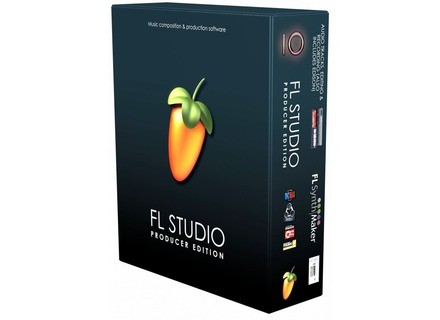 View other reviews for this product:
FL Studio 10 has made some major improvements from previous versions of it. When you purchase producer edition you will not be getting everything you can get with an XXL version. I do suggest getting the XXL version of producer edition because you will get more valuable plug-ins and the price difference is not that bad. I do use a few different sequencing programs, but FL Studio is always like home. I have been working with it for about 10 years and I am so familiar with all of its functions. They keep a lot of the stuff with it the same from version to version so you will not have to worry about relearning anything.

FL Studio 10 producers’ edition comes with Sytrus, Maximus, Hardcore, and DirectWave. I do use Sytrus a lot so it was great to see that they have included it but I already had it from a previous version and nothing has changed about it. I would have been great if they would have given Sytrus a facelift, I feel like it has been exactly the same since FL Studio 7 or 8.

The great thing about Fl Studio is that you can run it on just about any system you have. I have used this program on about 7 different computers over the years and nothing has ever not worked. My favorite thing about FL Studio 10 is the MIDI piano roll and the mixer track. The piano roll has been the same forever and not too much has changed with it. But the mixer track has been given a facelift from what it used to look like. Basically all of functions are still the same it just looks a little different now and that is a good thing. Another great thing about FL Studio 10 is it has great capabilities to work with external software synths and just about anything can work in it and vice versa; FL Studio can be used via ReWire to work with other programs. FL Studio is just so versatile and it has been working for me for a long time, I will never leave it.
Did you find this review helpful?yesno