Surviving as a Hired Gun in the Studio

Between the proliferation of home studios, digital music technology, the Internet, and the development of music genres that are programmed rather than played, the amount of session work available, as compared to 20 or 30 years ago, has diminished considerably. The days of live players being used on every session are long gone. Still, there are lots of projects going on that use live musicians, and it's great work when you can get it.

Playing a session as a hired studio musician is exciting, but often takes place in a highly pressurized and stressful environment, where your playing is scrutinized in a much more intense way then when you’re playing live. If you don’t have much or any experience playing sessions, the tips and advice in this article will help you ace it when you get the call.

One of the toughest parts about session work is walking into a studio and playing a piece of music that you’ve never heard or played before, and doing it well. Depending on your instrument, you’ll likely get something written out, whether it’s a simple chord chart or a full-blown lead sheet. Sometimes, for guitar sessions, I’ve gotten only a lyric sheet with chords written above the words, and no rhythmic notation at all. In some ways, the less detail you’re given the better, because without a part already written, your creativity comes into play more. 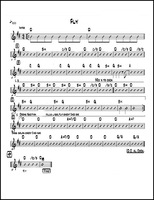 In any case, since you’re being paid to play on a song or commercial or whatever it is, there’s an expectation that you’ll be able to look at the music, perhaps listen to some reference, and nail your part pretty quickly. If it’s just a friend’s demo, it should be a pretty low key and relaxed experience. But it’s for a commercial or an album session for people you don’t know, especially if you’ve been hired based on your reputation or a referral from a third party, you’re expected to do a good job and get it done quickly, so the pressure will definitely be on.

If you’re a great reader, and you’re playing a part that’s totally written out, it probably won’t be that hard for you, but if your reading skills aren’t on par with your musicianship, and you’re constantly playing a phrase incorrectly or starting in the wrong place, it can become tense quickly. If you don't read at all, don't accept a session where you know reading will be required, or it will be a debacle.

Here are a few things to keep in mind when you play a session.

These days, a lot of session work happens remotely, where tracks are sent to you to play to, and then when you’re done you send the file of your part back to the producer. While there are some real-time solutions for remote playing, most of remote sessions will be offline, so you can work on your own time to get your part done. Doing so takes a lot of the pressure out of the session. The only downside is that you might end up spending a lot more time on it than you would have if you traveled to a studio to play. 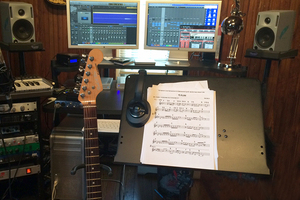 Despite there being less session work than in past years, if you’re a good player and you’re busy on your local music scene, you may very well get called for a studio gig. If you do a good job, you can build your reputation, and get more work through word of mouth.

Post a comment 5 comments
Viewers of this article also read...
Cookies help us improve performance, enhance user experience and deliver our services. By using our services, you agree to our use of cookies. Find out more.