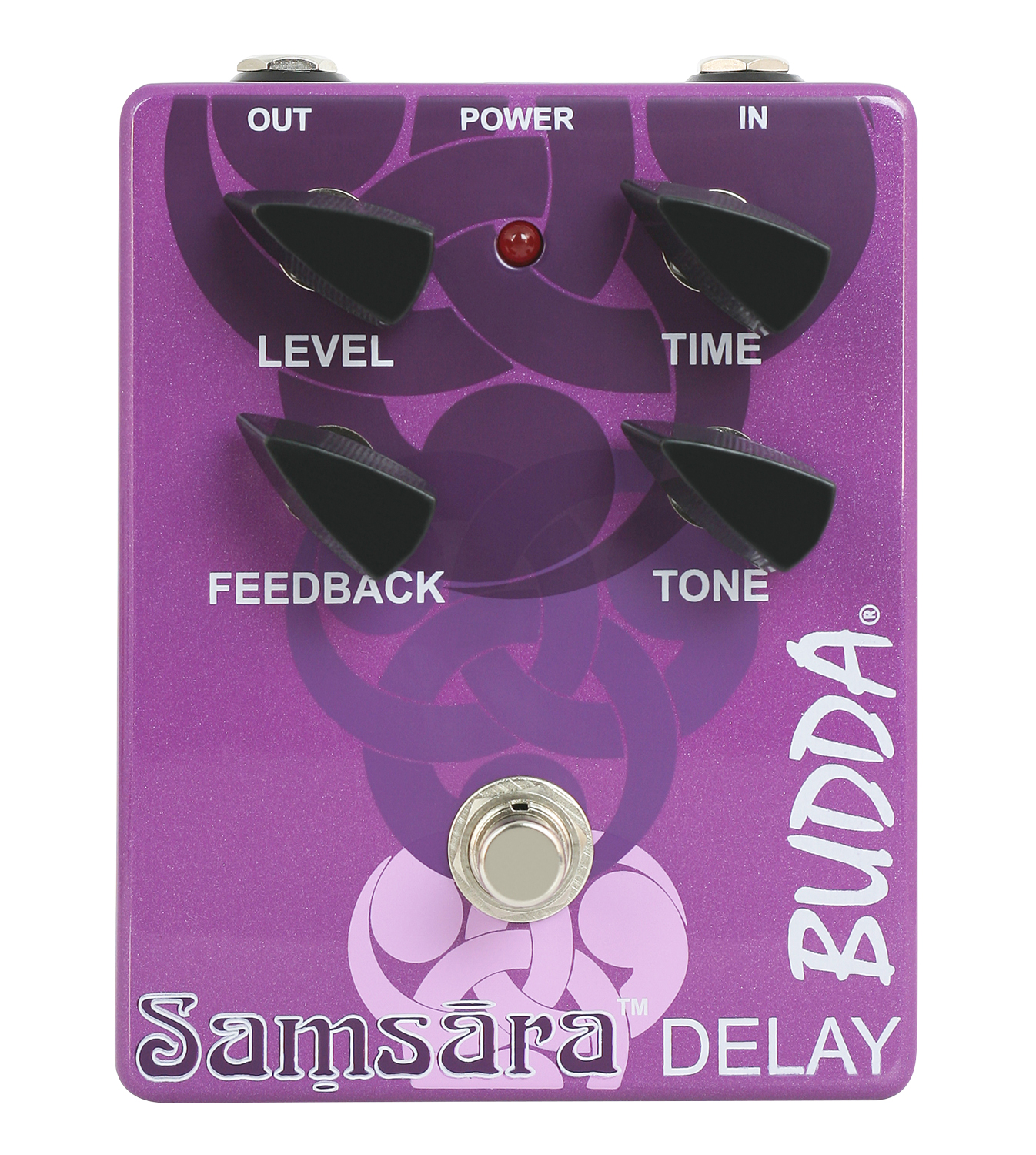 Delay/Echo/Phrase Sampler for Guitar from Budda .

The five Budda effect pedals are housed in a steel casing decorated with Budda Eastern-inspired original artwork. They all feature a true-bypass and are powered by a 9V battery or AC adapter.

The Samsara Delay provides from 20 to 600 ms of delay time with a vintage sound. The tone control allows users to mimic the low-fi sound of an old analog delay or crisp up the highs for a more modern tone. Other controls include Time, Feedback, and Level. MSRP: $230

The Om Overdrive includes a gain knob that controls the amount of distortion, from vintage overdrive to gain that starts to cross into fuzz territory. Controls for Tone and Level are also present. MSRP: $199

The Chakra Compressor was designed to mimic the optical compressors used in studios back in the ‘60s. Using the gain control to increase the glow of the optical circuit fattens the sound. The higher the gain is set, the more it affects the compression and attack controls. The Chakra compressor can create a subtle, warm, transparent effect as well as a full squeeze. Essential compression controls like Gain, Level, and Attack are available at the tweak of a knob. MSRP: $199

The Zenman Overdrive/Boost pedal offers a wide range of distortion tones from smooth overdrive to all out crunch and grind. The Zenman also has a useful phat/vintage switch that changes the EQ and a boost feature with its own level control. The boost can be used with or without the overdrive, so the Zenman can pull double duty as an overdrive, an overdrive with a solo boost, or just as a clean boost pedal. Tone, gain and level knobs are also included. MSRP: $239