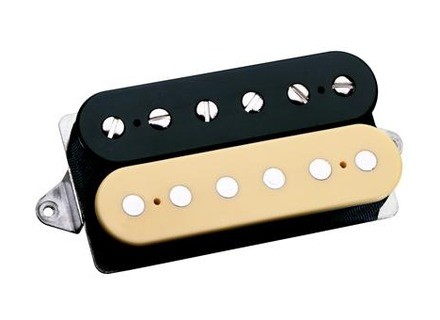 DiMarzio has announced a bridge version of its 36th Anniversary PAF pickup.

DiMarzio claims to have used new technology to duplicate the qualities of the most powerful and warm-toned vintage humbuckers without sacrificing the presence and open sound of the originals.
The PAF® 36th Anniversary Bridge model claims to gather all the best qualities of the Virtual PAF® bridge and Virtual Hot PAF® pickups and then some. According to the manufacturer, it is as loud as the VHPAF™, but with as much low-end and midrange definition as the VPAF™ bridge model, and with highs that are actually bigger and smoother than either model.

Described as "a hotter version of (DiMarzio's) PAF® 36th Anniversary", this pickup is not just for set-neck 24-3/4" scale guitars but was also designed to fit trem-equipped bolt-ons.
The PAF® 36th Anniversary Bridge Model in standard spacing is also available with authentic vintage bobbins in glossy black, glossy double cream or glossy black & cream zebra; vintage "Patent Applied For" long-legged nickel-silver base, 1-conductor cable and your choice of polished and plated or vintage worn cover.

Recommended for Bridge position, the DP223 can also be used in neck position with hotter bridge models.