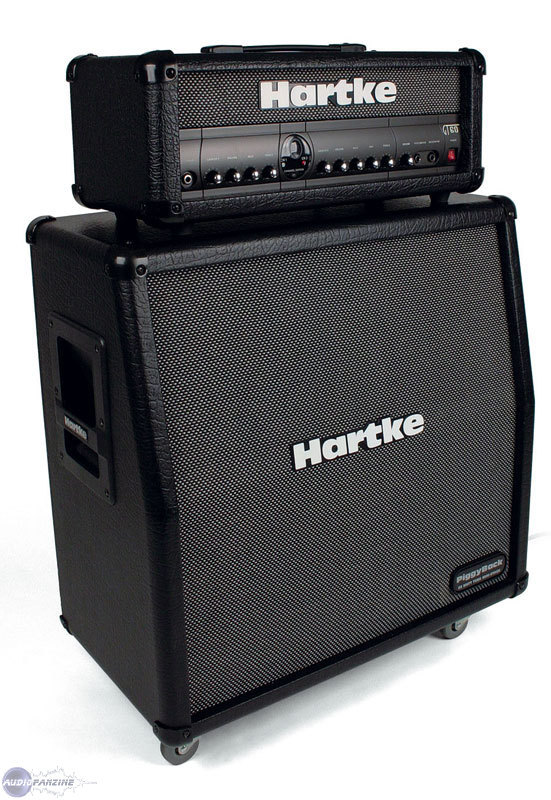 View other reviews for this product:
Heavyspender
Publié le 04/22/08 à 10:46
This is a hybrid amplifier head. It is best described as a half solid state, with a 12aX7 tube for a tube amp feel. It is rated at 60W, and I would say that rating is accurate based on the volume. One input with two channels. One is a clean channel with volume, bass and treble. It also has a cool knob called &quot;crunch&quot;. Distortion/overdrive channel has gain, volume, bass, mid and treble. There is also a reverb knob that controls both channels. There is a manual channel switch button, but there is no foot-switch included. There is a footswitch jack in the back, so there must be one you can buy. In the front, there are headphone and cd jacks. To conclude the back, there are effects send and return, as well as a minimum 4 ohm speaker output.

This head is fairly straightforward. It’s you basic 2 channel head with clean and overdrive. I put both channels on bass 2,mid 0, and treble 10, and it sounds decent, To get more thump out of the matching 4x8 speaker cab, I sometimes turn the bass up to 6 or 7, and it sounds pretty good. I don’t think the head comes with a manual, but because of it’s simplicity, I don’t feel that it really is necessary. I use this amp for rehearsals and the stage, but now I use it to practice with because it’s kind of cumbersome for rehearsal and the cab gets put in a box when I play on stage with it, which I think renders it useless.

By themselves, both channels sound OK, at best, in my opinion. The clean does not shimmer enough for my needs and the 2nd channel is a mediocre overdrive, and definitely not a distortion channel. The good news is that this amp appears to take pedals well, I don’t know if the 12ax7 tube has anything to do with it. I play my beginner level Ibanez through several effects, including a Zoom 505 multi-effect, and I can get a world of sounds and tones that mimic many guitar stars, past and present. See previous sections to see my settings for treble, bass and mid. Because it takes pedals well, I have many favorite sounds. I don’t know what to make of the crunch knob on the clean channel. It can provide a nice tube type breakup at lower volumes and pure overdrive at higher, and sounds good on its own. But when I introduce pedals, especially distortion/sustain on top of it, it sounds very muddy and TOO crunchy. So while it’s a great volume boost, it’s not a great lead boost.

I have used this head for almost 5 months. I think it serves its purpose, which is a gig/performance ready amp that has a nice bottom end and adequate volume. I wish the channels had a better tone by themselves, especially the clean. But since it takes pedals well, I can live with it. I bought this head with matching cab for $180 at Sam Ash. Where can you get a brand new half stack whose bottom end can compete with the big boys for less than $200 ? If I could buy another one for $180, and I had the money to spend on it, I most certainly would, seeing as the greed-meisters at guitar center are selling the USED cab ALONE for $159.99 !
01