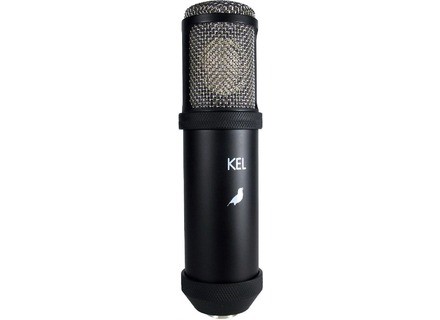 The mic features a one-inch side-terminated cardioid capsule with an open airy top end response, according to the manufacturer. The circuitry is designed to offer high headroom and good transient response for maximum vocal clarity and presence and avoid the use of inexpensive tubes or transformers which can add edgy distortion, Kel Audio says.

The Song Sparrow is said to be suited for pop music recording generally and female vocals, in particular.

"Vowels take on a silky airy quality, consonants are articulate and clean without any harsh grit common in vocal mics in this price range," the company's press release states.

The mic is also designed for recording “jangly” rhythm guitar tracks. Sonically, it is designed to complement the HM-7U which has "a chewy mid-range and tighter top end."

Producers can also use the Song Sparrow to record piano, drum overheads, saxes, vocal groups and most stringed instruments.

The mic is finished in matte black and ships with an aluminum flight case and elastic shock mount.

Pricing & Availability
The mic is expected to ship in early April and retail for $349 USD. Customers may pre-order at www.kelaudio.com and reserve the mic at a $50 discount, which will also be available through Kel dealers.