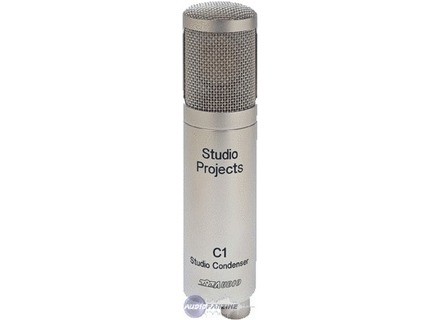 View other reviews for this product:
Micro cardode quite versatile.

I test for a week, and then compares a Rode NTK and a Rode NT-1000, and also an old Audio Technica 4033. This micro leaves me a little confused: I think it is capable of the best and the worst. At first I thought it was DGRAD as and when it is used. He prsence standards and heat: the spectrum is. But the next day, he had a sound that seems pasty Record in a pool. I have since made recordings and archive a RPTS same song, cte cte with the microphones mentioned above. All business and I think positioning and recording level. If the levels are correct (that is, plutt too strong), and the singer well positioned your exact and unique, which is the NTK or Exceeds more than twice as chr, and has far more characters than the NT-1000. But if, on some notes, there is a phasing effect or flange (when singing lgrement cot), but it's supper that's what gives it its heat. A note also, that takes much more than other ambient background noise: problmatiques So for that homestudistes enregsitrent ct a computer a little bit noisy (a G5 dual processor in my case, there are more noisy). The taking of a baby grand piano taient more than promising.
Try it in any state of the facts. Otherwise, k fall in love or not.
See the source
Did you find this review helpful?yesno