7 Things You Should Never Do While Mixing

Top 7 tips to learn and live by when you are behind the mixing console at a live show.

7. Just because you’ve been doing something “this way for 20 years” doesn’t make it the right way or even a good way.

True, maybe no one is complaining, and you’re getting hired plenty, so who’s the real expert here?  Hopefully we can all stand to learn new things and do a better job.  It’s my experience that many of us are still a bit shy on some of the fundamentals. Know your signal flow? How about proper gain structure? The theory of formants and how they affect your mix?

Maybe you can answer “yes” to the first two, but how about that last one? Ever wonder how some shows sound terrific, but you can’t put your finger on why that is? There’s always a “why, ” and we can all benefit from learning the “what” behind the “why” more often. 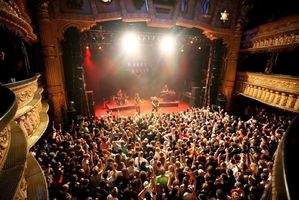 6. Maybe your mix does sound good – I’m big enough to admit it. Or at least, at the console it sounds good.

But do you walk around the venue and listen to the system from various seating areas? If not, you might be fooling yourself. It’s true that measurement tools can help us a great deal in setting up, tweaking and tuning these fabulous systems at our disposal today. Yet no matter how great the tool, it still can’t tell the difference between good and bad sound. Only you can do that.

I’m not suggesting leaving the console mid-show to go out to the highest seating area in the arena. However, before the show starts, you should have a good handle on coverage and how it sounds out in the house. Your audience certainly will.

A couple of summers ago, I took my daughter to see Rush at the Journal Pavilion outside of Albuquerque. It really struck me that even from the lawn, the sound was fantastic. Hats off to whomever was mixing that show. 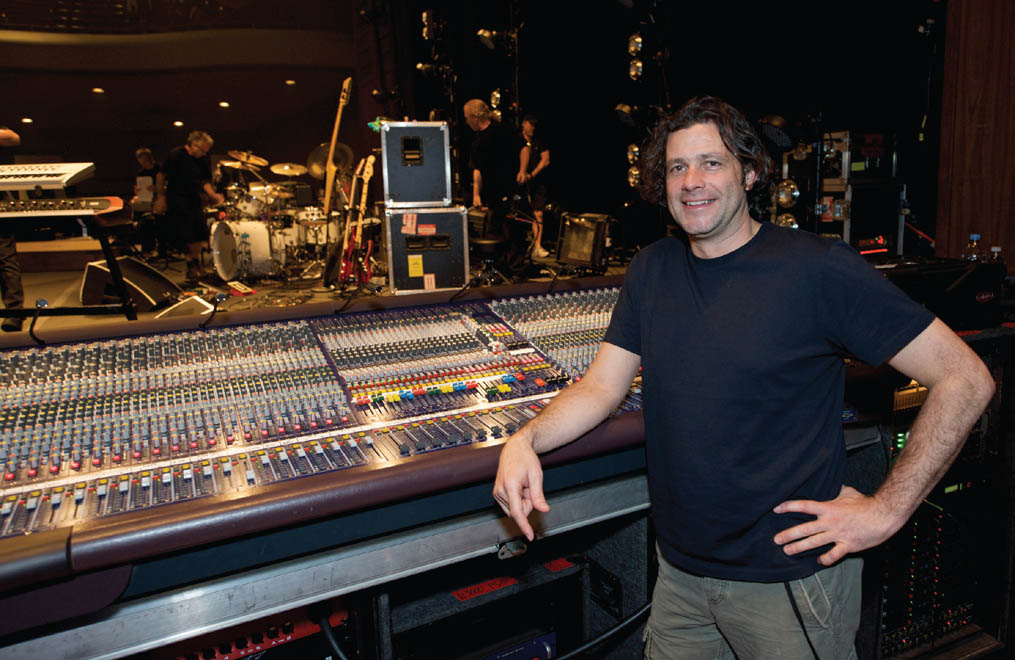 5. Speaking of tools, we have tons of gadgets that have meters, blinking lights, tri-colored LEDs, plasma displays and all kind of ways to measure, indicate and extrapolate the audio information into visual data.

Do you mix with your eyes? Sure it’s great to have a clip light, since most of us have trouble hearing when our system is getting pushed over 5 percent THD.  But it’s a mistake to think that just because the meters tell us everything is O.K. that the mix sounds good.

Want to know how much compression to add to the vocals? Use the meters to get in the ballpark, but then listen to the result and determine if it might need just a skosh more or less.

It starts with reading spec sheets, doesn’t it? How many times have you decided on a piece of gear based on the technical specifications? I’m not saying that’s bad, necessarily. The specs can help us a great deal. But if we haven’t listened to that piece of gear, in context, there’s no way to know how it will really behave when we need it.

4.  Do you have a “magic” piece of gear? You know – that expensive German handheld microphone in your kit?

That tube compressor with giant black knobs you got on eBay for a song because the name was spelled wrong in the listing but you were clever enough to find it? Or that super-fancy digital black box that washes your underwear so you never have to go off the road to do laundry?

News flash: no one has a “magic” piece of gear. Sure, we all like certain devices for specific things and good tools are good tools. But the real results come from those who know how to use them. Modest tools used by true pros will always produce better results than the best tools on the planet in the hands of a hack.

Woodworkers are familiar with the Japanese Woodworker catalog. Whenever I see it, I drool over the $1,500 set of hand-hammered chisels. But then I have to admit that I wouldn’t be able to make anything better with those chisels than with a set costing $150.

3.   You have a perfect memory, right? You can remember exactly what is patched where, and how the compressor is externally triggered from a pre-EQ’d copy of the lead vocal channel for sweet de-essing. But relying solely on that “perfect” memory sets you – and your clients – up for a fall.

What if you can’t make it to a gig? The reason doesn’t matter. The point does, which is that it is best practice to have clear labels and precise documentation for as much of our system as possible.

The console layout, effects rack, drive rack, loudspeaker wiring, etc., should be logically designed and constructed so that anyone with a decent knowledge can figure out what’s going on.

2.   Texting, surfing the web, chatting with the hotties(you know, those hotties that hit on sound guys? I don’t either) and such are great before load-in, after the show on the bus, or on break.

Wait, there’s never a real break, is there?  No matter what’s going on, we must keep our eyes and ears perked for problems as well as colleagues and clients trying to get our attention, and in general, just being a good crew member by offering to help wherever and whenever possible.

In many ways, the quickest way to advance a career is to be “on the ball” – anticipating problems and solutions before they happen and doing the right thing even if no one’s watching.  Slacking with an “I’m done connecting my stuff so I can just sit here and sip my half-caf non-fat mochaccino” attitude doesn’t cut it in the long term. 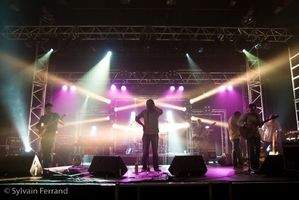 1.   Never take your eyes off the stage during a show.Well, O.K., glance at the effects rack every now and again to make sure you’re not clipping your compressors, but keep it to a minimum.

Remember that rule about glancing in your mirrors a couple of times each minute while driving? It’s like that. The stage is the road, and you might need to glance at your surroundings a bit here and there.  The reason is that the people on the stage, otherwise known as “talent, ” might be trying to signal you. Or maybe they’re grimacing because something is wrong.

It doesn’t look too good to have a bunch of people on stage trying to get your attention while you’re enjoying the latest funny bit on ProSoundWeb’s LAB Basement forum during the middle of a set. Plus, by watching what’s happening up there, you can be better at anticipating your next moves.

Maybe the set is pretty much the same every night. But what if something does change? What if the lead guitar player comes out with a Les Paul instead of a Strat for the second to last number?  What if the bass player finally gets over his stage fright and decides to sing that high harmony vocal part on that one song.

With eyes glued to the stage, you’ll see it coming and be ready to open a channel, ride a fader, insert a compressor, change an EQ setting or whatever. There’s no worse feeling that leaving a channel muted when someone walks up to a mic to take a solo. I know. I’ve been there and it’s no fun.

So that’s it. My list. You may have your own. There are plenty of good things to keep in mind as we go about being better at our work. And this year, we’ll probably all learn another thing or two to never do while behind the console. Happy mixing!

Comments on this article (1)