In order to help understand where you are in this overwhelming audio maze, I have put together a quiz to help rate your knowledge and personality type.

As technology accelerates at a dizzying rate and increases in processing power are only rivaled by the size of knobs on “retro analog” gear, we find ourselves navigating between magical-designer patch cables and legitimate advances in audio.  We know digital must always be “better” because CDs sound better than cassette tapes.

Everything is processed, as often as possible, and just as the hot dog is the perfect meal of processed meat, sound will be perfect and consistent any day now, as soon as we buy that magic black box with sufficient DSP power.

To properly score, you must answer every question, and be sure to keep score as you go.

1) You are mixing FOH at a venue that has a 90 dB A weighted limit, averaged over 10 minute intervals, maximum 20 dB peaks, measured from the FOH mix position. Which of the following would be a valid approach for achieving the best sounding show?
-- Make a point of introducing yourself to the sound monitoring person, find out the rules and show interest in their job - 1 point
-- Radio to production for a case of beer and a bottle of Jack - 2 points
-- Yell obscenities and stomp around like a little kid - 4 points
-- Ignore the irritating sound cop and crank it up - 3 points
-- Go back to the bus - 6 points 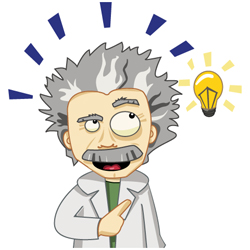 3) Huge mics are better because they capture more sound…
-- Of course - 4 points
-- Especially if they have a tube - 3 points
-- No, but they definitely fall over easier on a tripod stand - 6 points
-- Yikes - 0 points

4) A large-scale digital console is best suited for…
-- Replacing a smaller, lighter, less expensive analog console on a tour that ships worldwide and only one engineer uses it - 7 points
-- A rental company to put on festivals so all the engineers can share one console and learn to use it at the same time - 4 points
-- Award shows with multiple acts and cues and the producers won’t let the band engineers touch the consoles anyway - 1 point
-- All of the above because it will make the band sound better - 4 points

5) When mixing a show you…
-- Lean over the console constantly turning knobs and must not be disturbed - 5 points
-- Dial up the mix, hit your cues and make minor adjustments during the show - 1 point
-- Drink beer and hang out with your friends - 6 points
-- Watch the band intently because you are a monitor engineer - 0 points

6) A friend once told me “when mixing, never face an audience of 10,000 people without a beer and a cigarette”, his advice means…
-- You should take up smoking and drinking while you work - 2 points
-- Mix with your feet - 4 points
-- Never panic, a relaxed and confident engineer will mix a better show - 1 point
-- May as well enjoy yourself because the band can’t hear your mix or see you anyway - 6 points

9) Studio gear is better than live sound gear because…
-- It usually costs more, does less and takes up more space in the rack - 5 points
-- Is better designed because live gear manufacturers do not know the “studio secret design techniques” - 7 points
-- Is called studio gear because it is big heavy and wastes space, if it was small, light and compact, it would be “live gear” - 6 points
-- All of the above - 0 points

10) Recent breakthroughs in bass DI technology has increased the size and cost of the bass DI five-fold. These advances are…
-- New electronics designs and technologies - 4 points
-- Utilizing the same technology that makes compressors large - 0 points
-- Impossible to actually hear but they look cool - 2 points
-- Awesome, who makes them? - 7 points

13) The most important characteristics of a world-class sound engineer is…
-- Instilling confidence to the band that every show will sound as good as humanly possible - 1 point
-- Reinvesting a portion of your salary into paying random people $20 to tell the band it sounded great - 3 points
-- Quality sound and show to show consistency regardless of system type, venue size or personal issues - 1 point
-- How many companies give you free gear - 2 points
-- Hamming it up for pictures in sound magazines - 7 points

14) The common practice of having the back-line techs play all the instruments through the main sound system, full blast, right before the band plays is necessary…
-- Because even though the band sound checked four hours ago, having the back-line techs play the instruments may offer totally new and critical info to your mix - 4 points
-- Because the audience needs to get mentally prepared for the show by listening to 30 kick drum beats and the beginning of “Freebird” half a dozen times - 3 points
-- For engineers who can’t afford headphones and have no idea of how to acoustically compensate for the audience arriving, using house music - 5 points
-- Because it is truly your only chance to demonstrate your amazing sound prowess before the band steals your spotlight - 2 points

16) While mixing the show, do you make the time to listen to the sound outside of the mix area?
-- No, you’re always too busy turning all those knobs - 5 points
-- Never thought of it - 4 points
-- Every time you’re in a new venue - 1 point
-- You play hide and seek with the band ducking down in the crowd and popping up in various places - 6 points
-- Only when you have to take a whiz - 3 points

18) There was an imaginary concert that sounded really, really bad. The most probable cause was…
-- Lack of fancy tube compressors with big knobs - 3 points
-- A $10,000 studio effect that was needed was not available on this continent - 7 points
-- One of the seven high hat mics stopped working right before the show started - 0 points
-- The human surrounded by all those lights and knobs - 1 point

19) It is important to “limit” those support acts because…
-- Just in case the support engineer can mix better, at least he/she will not be as loud - 7 points
-- It is easier than asking them to mix at a reasonable level - 5 points
-- Support engineers look cute when they are angry - 4 points
-- Only when they suffer from CFC (Chronic Fader Creep) disease - 1 point

22) When an audience member takes it upon himself/herself to critique your mix and tell you they can’t hear the vocals, you…
-- Have them thrown out by security - 3 points
-- Make excuses blaming the system, the techs, the band and where the audience member is sitting - 7 points
-- Listen, smile and say thank you - 5 points
-- Go ahead and un-mute the lead vocal mic and turn it up slowly - 6 points

23) You are mixing the largest show of a band’s (and your own) career. The PA company hired for the show, in an attempt to get a jump on load out, inadvertently unplugs your console from the main system after you tested everything, and just as your band walks on stage. To your horror, you see what looks like (and is) one of the band members jumping around but no sound is coming out of the PA. Who is ultimately responsible for the screw up?
-- You, because you’re responsible for the sound no matter what - 0 points
-- The PA tech that unplugged the console - 5 points
-- The PA company department head for letting it happen - 3 points
-- Not sure but that sucks! - 6 points
-- The real issue is “who is gonna pay for the console” that you accidentally flipped and began jumping on top of after it happened - 7 points

24) As a sound “engineer” you share a common title with many other professionals in the highly advanced society we live in. Which of the following engineering jobs do you feel most qualified to perform, given the experience and knowledge you acquired to earn you the impressive title ‘engineer’?
-- Design a cost-effective five-foot wide wooden bridge that will safely support up to 32 oxen, spanning a 30-foot wide river - 5 points
-- Design a simple eight-bit microprocessor capable of doing basic mathematical functions - 4 points
-- Do a structural analysis and determine the maximum safe wind velocity upon a 62-story building - 5 points
-- Drive a train - 6 points
-- Describe the method of grafting DNA strains to help increase disease tolerance of soybeans - 5 points

25) The show was flawless, the audience mesmerized, spontaneous cheers and standing ovations. You’re standing at the sound board and the thought running through your mind is:
-- Man, my job sucks, can’t wait to get to the bus - 3 points
-- Wish I had a nine-to-five desk job with a suit and tie - 5 points
-- Man, if my mom had only bought me guitar, I could be up there - 2 points
-- Wonder if McDonalds is hiring? - 4 points
-- If only I had five more inputs! - 7 points
-- Well, maybe this sound thing ain’t so bad after all - 1 point

Now, tally up the total score, and here’s how you rate:

50 - 55 total points: Congratulations, you’re a Mix Master! Somehow your keen sense of the obvioius combined with an in depth awareness of the nuances of the auditory profession has allowed you to navigate your way to being a Mix Master. You are on the right track and somehow figured out that all you hear is not to be believed. Good luck and congratulations!

56 - 65: Oh you Rock Star. The shiny lights, the cheering crowds, if only the sound board was center stage. Darn - if only mom had put you in guitar lessons instead of Little League. Well, at least this sound gig lets you wear a bunch of cool laminates and rock out to the hits!

66 - 75: So you’re from the Old School. Been there and done that ,and it’s not how we did it on Floyd tour. Well you can always turn it up a bit and go for a glory pose. These dang new PA’s are getting really tiny though - what happened to the good old days when it took six guys to lift a real speaker cab?

76 - 95: There are worse things than being Engineerically Challenged (see below). We can’t all be the brightest mic in the road case, and we’re all bound to get a little confused every once in a while. You may want to touch up a bit on the technical side, especially if you’ve been at this sound thing for more than a year or so.

96 - 115: As a Techno Nerd, you’ve gotta love those spec sheets and owners manuals. The complexities of striving for the perfect sound is a challenge that can keep you occupied forever, and sometimes, it can be overdone a bit. This is a highly technical field. but no amount of technology will overcome the subjective aspect of sound. Never forget that in the sound world, perfection is only an opinion.
116 - 130: Hey Cool Dude. Chicks, beer, tunes and a paycheck - what more could you want? You most likely didn’t choose this line of work to be bored and get to have some fun… Or you may as well get a real job. Hopefully you’ve got some crazy good mixing skills as a balance, or you’re gonna wind up working clubs when you’re 50. But at least you’re having fun!
131-plus: Ahhhh, the elusive Small “Male Unit” award. You need the newest, the biggest, the most expensive of everything you can get, regardless if you know how it works (or not). Whether it’s a certain personal deficiency that causes you to try too hard in other ways, or you’re just having fun burning someone else’s cash, be aware of what you really look like when Small “Male Unit” calls the shots.