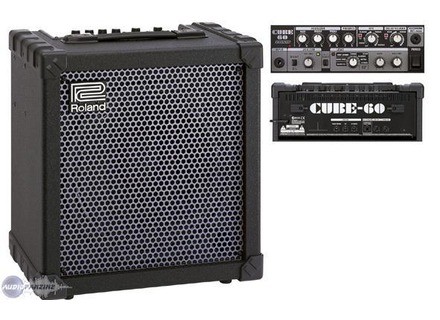 View other reviews for this product:
60w very powerful, I just cube 30w and it's not at all the same lemonade!
simillaires effects cube 30x but no tuner and works only bright clear sound

use could not be more simple, it sounds on whatever the adjustment then it's a matter of taste

created to play any style from jazz to metal, it is a versatile amp and as everyone knows, versatility has its advantages and disadvantages. I'm here to make a parallel with the cube30x I owned, I was very happy except for the power just a little under conditions somewhat muscular, especially in clean sounds and there it was frankly really have limit the clean pushing the gain in depth. the problem with 60 powerful clean sounds is solved we have a nice clean crunch that slightly when you push my stuff, the shrill treble with single coils tend to drool in the extreme and it's not jojo, so pay attention to the settings ..
but curiously rendering modeling is a different point of view clarity. indeed on a guitar humbuckers treble and presence cranked it still lacks sharp, especially on the neck pickup and it's a pity that Roland has a good idea to install a "bright" (that does not have the 30w) but it is only active on the clean jc and not in the amp sim! a small synthetic hair is also noted in the sound that saturation was not 30w, why? mystery! modeling blocks yet seem to be the same on both amps with just the dual power and hp 12'sur the 60w (hp 10 'to 30w)
I hardly used the sim "stack classic" that satisfies me the best but this is lack of treble is a bit frustrating even if we eventually get used to it ..

I have about six months since I've had tube amps, expensive, impractical, heavy cube etc.The without equal in some respects is still great practice for small, compact, powerful, and not fragile that his fate is still very suitable whatever the style to which it adheres.
so I typed some star for imperfections mentioned above, no bright on operational modeling which would be providential in some cases and this little color "synthetic" in some saturations really ready when the same ear if it is hardly hear in the mix of repeats
150 € in Cygnus is still correct for the results obtained so a good compromise ..
See the source
Did you find this review helpful?yesno
Cookies help us improve performance, enhance user experience and deliver our services. By using our services, you agree to our use of cookies. Find out more.