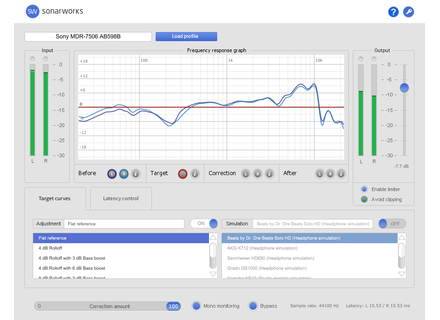 Sonarworks is to offer the three licence pack of their Headphone Calibration plugin for a lower price, while removing the single licence option.

It seems many users have contacted Sonarworks saying they workes on several computers and would like to use their Headphone Calibration plug-in on all of them. Thus, the developer decided to offer the three licence pack for a lower price, but also to remove the single licence option.

Starting from March 1st, Sonarworks will start selling the three licence Headphone Calibration plug-in pack for 99$/€, while the one-licence product will be removed from their online store. Until then, users considering a single licence is enough for them can still get it for 69$/€ - and get an extra licence for free as a special offer. Some will still regret Sonarworks didn't choose another licensing format (not necessarily through iLok or anything, other developers such as Plugin Alliance, Waves and many more allow it from any mere USB key).

More details on the Headphone Calibration plugin at Sonarworks' website and through reading our homegrown review.