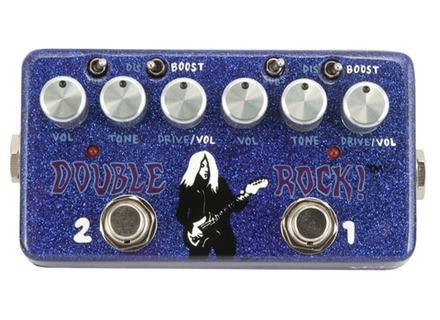 This pedal was originally designed for J.Mascis of Dinosaur Jr. He requested two Box of Rock pedals in one box with two stomp switches (without the boosts).