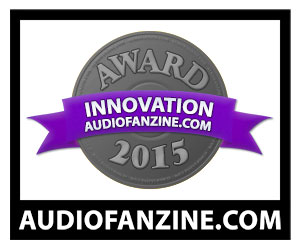 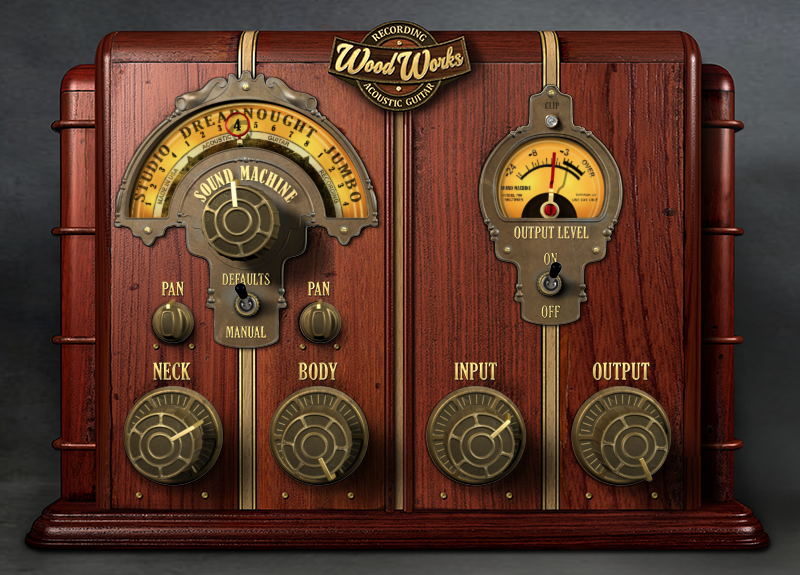 When Universal Audio announced Sound Machine Wood Works at NAMM this year, I was intrigued by what was promised: A plug-in that can change a DI recorded acoustic so that it sounds like it was miked. Now that the plug-in has been released, does it live up to its billing...

Sound Machine Wood Works is a UAD-2 plug-in (Mac/PC)  that was rolled out as a feature of UAD-2 8.0, the first software revision that supports the new Apollo Expanded capabilities of UAD-2, in which multiple Apollo interfaces or other UAD-2 hardware units can be used in tandem. Wood Works can run on any UAD-2 hardware, you don’t need an Apollo to use it. Like other UAD-2 plug-ins, Wood Works offers a fully functional 14-day demo that you can initiate from the UAD-2 8.0 software.

Wood Works was developed by a third party developer, Sound Machine, specifically for the UAD-2 platform, which is why the plug-in is called what it is. The idea behind Wood Works is that it takes a direct recorded acoustic (not a miked one) and lets you dial in a variety of modeled body types and mic positions to achieve a miked-acoustic sound.

There are a number of situations where having the ability to turn a DI acoustic guitar recording into a usable track would be very handy. For instance, in an ensemble recording situation in the studio, the acoustic player could be in the room with the other musicians, because the guitar wouldn’t have a mic on it for the other instruments to bleed into. Similarly, in an onstage live recording, the acoustic guitar’s DI track no longer has to sound like a piezo pickup, it can be treated afterwards with Wood Works to sound like it was miked.

Another handy situation would be when recording a vocalist who is singing and playing guitar simultaneously. You won’t be able to stop the guitar from bleeding into the vocal mic, but there won’t be a guitar mic for the vocal to bleed into, making mixing easier.

Wood Works is designed to look like an old radio from the ‘40s or ‘50s, with a wood grain finish, old-school knobs and a radio-tuner-like dial called the Voicing Dial. The plug-in is very simple to use. By turning the knob under the dial, or clicking on one of the numbers in the dial, you can switch between 16 different acoustic models, which Sound Machine/UAD refers to as Voicings. The Voicings are split over three body types, with the Studio category being the smallest, followed in ascending size order by Dreadnaught, and Jumbo. Two virtual mic positions are included for each Voicing, and can be blended and panned to suit your needs.

The blending of the two virtual mic positions is done via Neck and Body level controls, which feed the main output. Each mic can be panned as well, as long as you’re in a stereo or mono-to-stereo instance of the plug-in. In a mono instance, the pan controls are frozen at 12:00.

You also have Input and Output knobs, an Output level meter, an On/Off (bypass) switch, and a switch under the Voicing Dial that has two positions: Defaults and Manual. When Defaults is selected, changing to another Voicing will also change the Neck and Body level controls to the settings that go with it. If you have Manual selected, your Neck, Body, and Pan settings will remain the same even when you change Voicings. Manual mode is a handy feature, because there will plenty of situations where you want to keep the same settings as you switch from Voicing to Voicing.

In case you’re wondering, the plug-in is designed specifically for treating DI-recorded acoustic parts. It’s not made for processing miked tracks.

How to use it

The accompanying PDF manual, which is accessible right from the GUI, just like with all the UAD-2 plug-ins, suggests several scenarios for using Sound Machine Wood Works. The first, and most obvious, is to use it to process a DI guitar track after it’s recorded.

Another way to go is to simultaneously mic an acoustic and take a DI output from its electronics, recording each to its own track. Then you can experiment with combining Wood Works on the DI track with the miked track. Doing this, I was able to get some very huge stereo guitar sounds with the miked track panned to one side and the Wood Works track to the other.

The sounds of wood

Here are some examples of Sound Machine Wood Works in action. These were all recorded with a mahogany/spruce Taylor 510e dreadnaught. The manual suggests treating the processed sound as you would other acoustic tracks, so I added a little EQ, compression and reverb on all the tracks you’ll hear, including the miked and DI/processed ones.

First up is a comparison of a recording of the plain DI piezo sound with that same track processed through Wood Works. The first section is the DI only. It stops briefly after 4 measures and then you hear the track start over with the Wood Works processing on, featuring Dreadnaught Voicing # 2:

It’s cool to be able to change the “body size” of your recorded guitar. I was particularly fond of the sounds I got using the Jumbo Voicings on my dreadnaught guitar. In this example, the first four measures feature Studio size preset #5, the next four Dreadnaught #5, and the rest Jumbo #3:

I also recorded tracks that were both miked (with an Oktava MK-012 pencil condenser), and DI’ed, as explained earlier. I put an instance of Wood Works on the DI track, panned both tracks wide, and was able to get some nice fat sounds. Here’s an example, with the miked sound panned left and the processed sound from Wood Works panned right:

Another method, suggested in the manual, is to record a DI track, duplicate it, insert Wood Works on both tracks, pan the two tracks opposite, and put different Voicings on each. Here’s an example:

According to the manual, the plug-in works equally well with nylon string guitars. I didn’t have a pickup-equipped nylon, so I couldn’t test it, but I have heard some third party recordings of nylon guitars through Wood Works that sound quite good. I also tried it on the only other pickup-equipped acoustic instrument I have, a Beard square neck resonator guitar. The sound of it through Wood Works wasn’t bad, but lost some of the characteristic “honkiness” of the resonator, making it sound more like an acoustic guitar. That said, it’s certainly worth trying Wood Works on DI instruments other than guitars, as you may get some cool alternative sounds.

Overall, my in my testing of Wood Works, I did sometimes notice a resonant or phasey kind of quality to the processed sound. That made me curious about what would happen if I summed the stereo output of individual Wood Words tracks and the Wood Works/miked output stereo combinations to mono, but they made the transition just fine.

When listening to the miked signal on one side and the Wood Works signal on the other, I did notice the miked tracks had a slightly more pronounced attack to them. However, it’s not something you’d notice unless comparing them.

With Sound Machine Wood Works ($299), Universal Audio has, knocked it out of the park, as usual. There’s no other plug-in on the market that can do what it does. I was impressed both by its sound and its utility. To me, it’s most important benefit is that it solves the bleed problems of recording acoustic guitar in an ensemble studio situation or a live recording. It will also make it possible to resuccitate older live recordings that have lame DI acoustics on them. What’s more, it simplifies recording singer-songwriter type guitar and vocal sessions. And finally, it provides additional creative ways to construct huge-sounding acoustic tracks by combining DI tracks processed with Wood Works with the miked versions of the recordings, or by duplicating the DI track and processing each differently with Wood Works.

As with other UAD-2 plug-ins, it’s not cheap, and you need UAD-2 hadware to run it, but you definitely get your money’s worth.