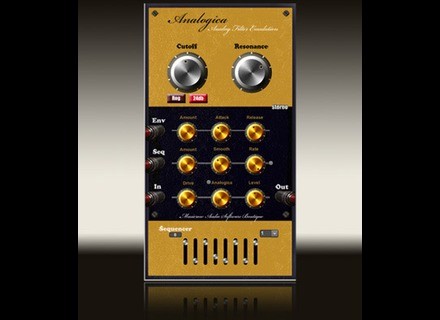 Musicrow launches a filter for Reaktor

Available for separate purchase or bundled in Golden Ensembles 3, Analogica is described as a fast and smooth filter. Musicrow adds that it can be used in real time.

Analogica offers two 12 and 24dB per octave slope low-pass filters with cutoff and resonance controls, and a high-pass filter is present on the output. Plus, Musicrow included a ring modulator, an envelope follower with amount, attack and release controls, a Crunchy control, an 8-step sequencer and an Analogica effect for extreme results.