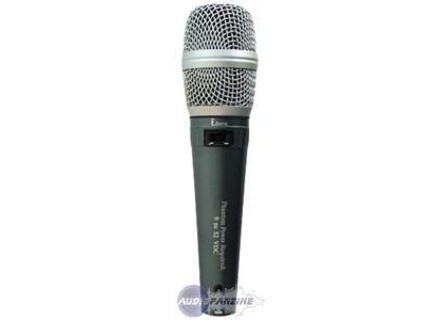 View other reviews for this product:
Condenser microphone specially for singing ... but surely other possible applications ...

not a dynamic as stipulated in the classification of AF

I put him just nine to give him 10 for it a copy, I bought this microphone saying "it's a joke, a toy," but I have not seen a kopek, I started telling me anyway nothing ventured nothing, and many compartment an SM 58 (I do not know the original 87) is quite impressive ... Many more Gain, Q / P unbeatable, good bass, I was even impressed, I did not test on a good Systm (hack system pending the Repair Tool Agues engines), I still have my voice on m'appercevoir it works pretty good. I t find a SM 58 and bah! it is well below (bo OK it's not a static) ... just one thing, aesthetically they could avoid printing the minimum and maximum voltage of operation of the phantom power supply throughout the body is ugly ... The low cut is effective too ... Briefly, for the price, go for it, I tried on Monday in a reversal of RPET michael franks (or I Gallery mediums)
See the source
Did you find this review helpful?yesno
Cookies help us improve performance, enhance user experience and deliver our services. By using our services, you agree to our use of cookies. Find out more.