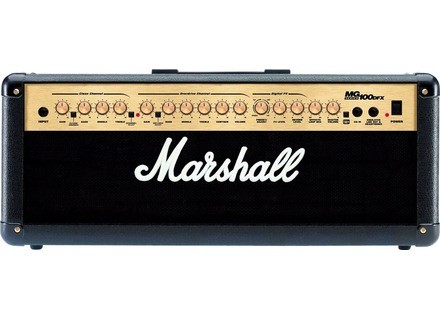 View other reviews for this product:
100 watts, but one wonders where he will look for them, a 20 watts gives a better potato
dual connection jack 6.35
effects ..... reverb! do not ask too much!

Set simple, ca was on, but anyway it is useless to rgler is a real crap in any case it was a sound of shit, I test with an ibanez and Jackson, and even putting the bass at least with a minimum load in HP, low saturated dead!

So as I disai above, the sound is really not great, the highs do not stand out at all, even with the maximum prsence is the kind of head who do not even try to push.

Personally, I think it's the kind of stuff that will make music a beginners dtest
and contrary to the opinion below, even to a volume, it is clearly the diffrence with a tube amp, there is no photo as it looks.
and also in terms of feedback, Marshall amps consoit trs his evil ...., Randall is largely better than that ... (When you look at the price you understand)
See the source
Did you find this review helpful?yesno
Cookies help us improve performance, enhance user experience and deliver our services. By using our services, you agree to our use of cookies. Find out more.